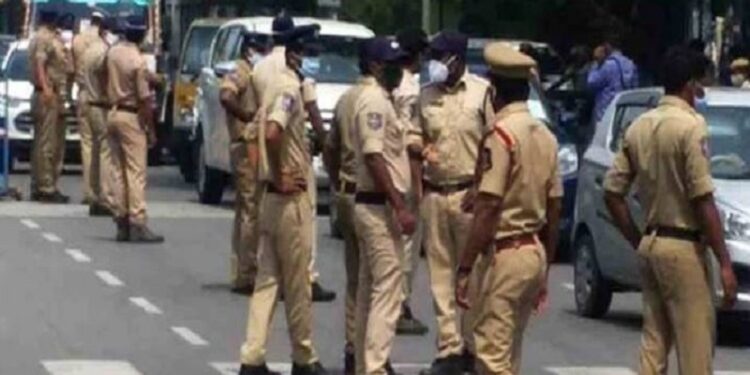 To maintain the law and order situation in view of the upcoming religious festivals, the administration of Uttar Pradesh’s Ghaziabad has decided to imposes section 144 across the district till 10 August. According to an order issued on Sunday, five or more people are not allowed to gather anywhere without prior permission.

Further, the usage of loudspeakers is not allowed except in religious spaces. The authorities have also said that sloganeering of any sort, orally or in writing (posters, pamphlets, pamphlets, social media etc) will not be allowed in the duration.

Directions have been issued for social media and group admins have been asked to inform the authorities about any rumour-mongering. “Any kind of false, misleading or provocative content should not be circulated on Facebook, WhatsApp or any other electronic medium.

Any rumour should be prevented from being published by the admin. If it is published, they are required to inform the authorities,” read the order. The UP Police has so far arrested over 300 people from eight districts of the state, including Prayagraj and Saharanpur, in connection with Friday’s violence during protests.

In a statement issued on Sunday evening, additional director general of police (law and order) Prashant Kumar said: “316 people have been arrested from eight districts of the state and 13 FIRs have been registered in this regard in nine districts.” due to the controversial remarks made against Prophet Mohammad by now-suspended BJP spokesperson Nupur Sharma

Also Read: Schools and colleges closed in these districts in Karnataka tomorrow

Giving district-wise details, Kumar said: “92 people have been arrested in Prayagraj, 79 in Saharanpur, 51 in Hathras, 34 in Ambedkar Nagar, 35 in Moradabad, 15 in Firozabad, six in Aligarh and four in Jalaun.”

Of the 13 cases, three cases each were registered in Prayagraj and Saharanpur, and one each in Firozabad, Ambedkar Nagar, Moradabad, Hathras, Aligarh, Lakhimpur Kheri and Jalaun, the senior officer said.

Schools and colleges closed in these districts in Karnataka tomorrow

School and college holiday today in Karnataka these districts

School and college holiday today in Karnataka these districts