She later shared a fan’s response that read, “Cheek wound is real and not the one in forehead (sic)” with a thumb down emoji. 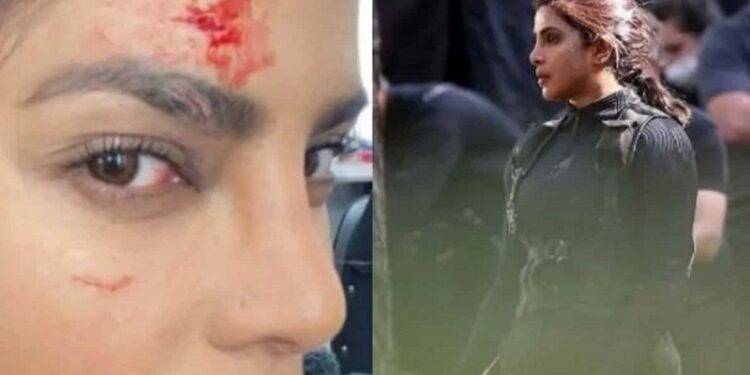 Priyanka Chopra is currently shooting for her upcoming show Citadel created by Patrick Moran, and Anthony and Joe Russo. On Friday, Priyanka shared a picture of herself with wounds visible on her face with the caption, “what’s real and what’s not?” In the picture, there was a wound on her cheek and a gash in her eyebrow.

She later shared a fan’s response that read, “Cheek wound is real and not the one in forehead (sic)” with a thumb down emoji. She revealed that the gash on her cheek is fake but the wound near her eyebrow is real.

Several pictures of Priyanka Chopra on the sets of Citadel surfaced on social media, mostly credited to Splash News. The actor can be seen in a black and khakhi ensemble with a gun harness. Actor Pedro Leandro can also be seen in the pictures.

Also Read: Mysuru gang rape case: Not interested to continue the case and dint give much details about incident said victim

Priyanka Chopra had shared a picture of her look in Citadel on social media with the caption, “Messy day at work. Can’t wait for you to meet her! #Citadel” Mindy Kaling commented, “you could say this was a new makeup trend and i would literally put mud on my face.”