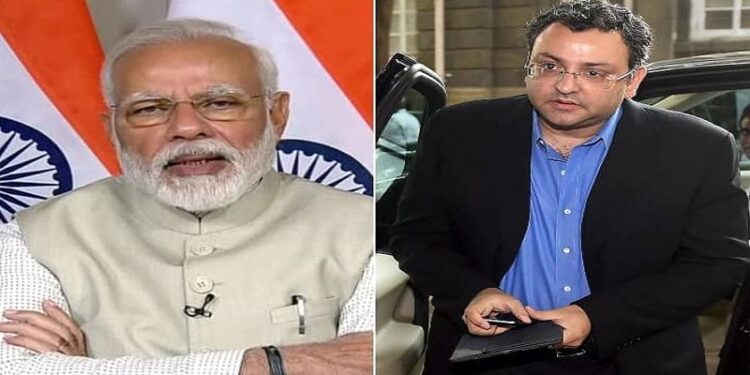 The demise of Cyrus Mistry is a great loss to the business world. Prime Minister Narendra Modi expressed his condolences to Mistry’s family and friends and hoped that Cyrus Mistry’s soul may rest in peace.

Rahul Gandhi condoled the death of Cyrus Mistry saying that a businessman who helped India’s economic success has left us today. Rahul Gandhi said he was deeply saddened to hear the news of Cyrus Mistry’s death in a road accident and offered condolences to Mistry’s bereaved family and friends.

“The untimely demise of Shri Cyrus Mistry is shocking. He was a promising business leader who believed in India’s economic prowess. His passing away is a big loss to the world of commerce and industry. Condolences to his family and friends. May his soul rest in peace,” PM Modi tweeted.

The former TATA group chairman died in a road accident after the Mercedes car he was travelling in hit a divider in Maharashtra’s Palghar, PTI reported. Mistry, along with three others, were travelling from Ahmedabad to Mumbai.

Hailing Cyrus Mistry as a businessman who has contributed significantly to India’s economic success story, Rahul Gandhi offered his condolences to Mistry’s family and friends, the former head of Tata Sons.