News » SPORTS » Scored century in the first match; his career ended in 11 matches 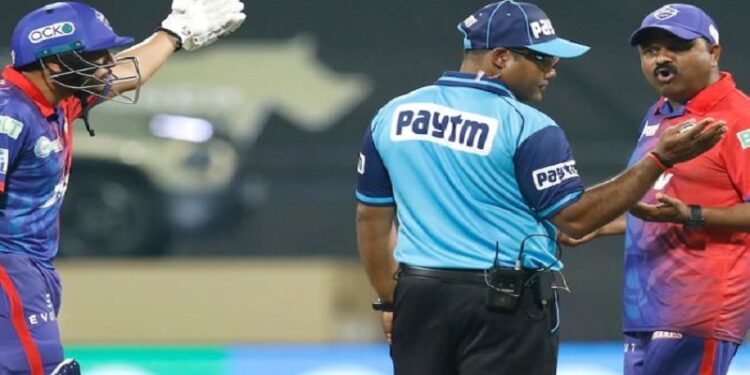 Praveen Amre…you must have heard this name. Many do not know that Amre, who is the assistant coach of Delhi Capitals team in IPL, is a former player of Team India. In particular, Praveen Amre is recognized as a player who started his career with century and disappeared very quickly. Scored century in the first match; his career ended in 11 matches.

Praveen Amre born in Mumbai on August 14, 1968, Praveen Amre was once a middle-order batsman who created quite a stir in the domestic arena. This flamboyant batting effect got him a chance in Team India in 1992. That too against South Africa. Amre scored 103 runs in his debut match played in Durban.

This century helped India draw the match that day. After this, Amre, who played 11 Test matches for Team India, scored three fifties. However, he was dropped from the team after the last match against Sri Lanka in 1993. Notably, while Amre scored a century in his first Test, he also scored a half-century in his first ODI.

On that day, he scored 55 runs in the first ODI against South Africa. But here too luck was in hand. Even his ODI career ended in just four years. Praveen Amre, who has scored 425 runs in 11 Test matches for India, has scored one century and three fifties. He has scored a total of 513 runs in 37 ODIs with two fifties.

On the other hand, Amre, who has played 86 matches in first-class cricket, has scored a total of 5815 runs. It is special that he scored 17 centuries and 25 half centuries. He has also collected 2383 runs from 113 List-A matches. He has scored a century and 14 fifties this time. Praveen Amre, who is currently working as the assistant coach of the Delhi Capitals team, is confident of becoming the national team coach in the coming days.

Post Office New Scheme: Pay from Rs 500 monthly, get up to Rs 1 crore