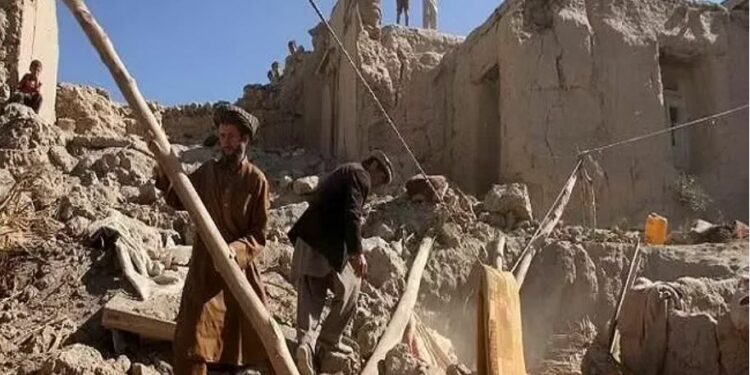 Kabul: At least six people were killed and nine others injured after a 5.3-magnitude earthquake hit eastern Afghanistan overnight, less than three months after a powerful earthquake killed more than 1,000 people, an official said on Monday.

The latest quake was felt in the provinces of Kunar, Laghman and Nangarhar, and in the capital Kabul.

“We are collecting information from other areas regarding casualties and damages,” deputy minister for disaster management Sharafuddin Muslim told AFP.

Afghanistan is frequently hit by earthquakes, especially in the Hindu Kush mountain range, which lies near the junction of the Eurasian and Indian tectonic plates.

On June 22, the country’s deadliest earthquake in over two decades — of magnitude 5.9 — killed more than 1,000 people and injured thousands.

In 2015, about 380 people were killed in Pakistan and Afghanistan when a 7.5-magnitude earthquake ripped across the two countries.

In recent months Afghanistan has also been hit by flash floods that have killed about 200 people and destroyed thousands of homes.

The disaster comes as Afghanistan continues to struggle with a severe economic crisis since the Taliban took over, as US-led international forces withdrew following two decades of war.

The United Nations allocated USD 10 million from the UN Central Emergency Response Funds (UNCERF) to support the people of Afghanistan affected by the earthquake that struck the eastern part of the country.

Royal Humanitarian Foundation (RHF) of Bahrain has entered into an agreement with the United Nations High Commissioner for Refugees (UNHCR) to distribute relief aid to support people in Afghanistan affected by the recent earthquake.

India also deployed a technical team to the Embassy in Kabul to coordinate the efforts of stakeholders for the delivery of humanitarian aid.

Such disasters pose a huge logistical challenge for Afghanistan’s Taliban government, which has isolated itself from much of the world by introducing hardline Islamist rule.