She is survived by her husband Vijayaraghavan and daughter Mahalakshmi. Meanwhile, her sudden demise has shocked the film industry 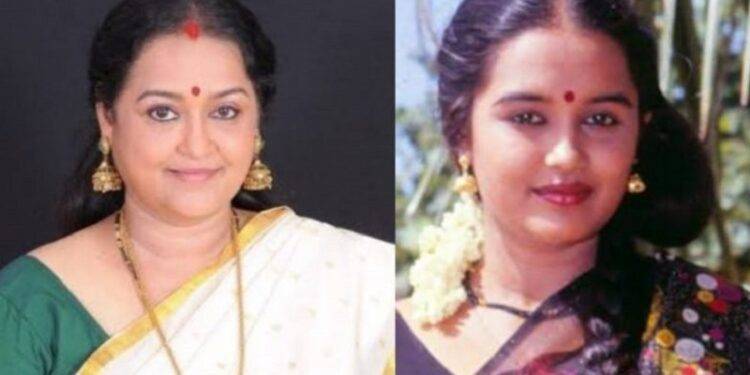 Chennai: Popular South actor Nallennai Chitra passed away today, 21 August at her residence in Chennai. She was 56-years-old and died following a heart attack earlier this morning. Chitra was living with her family in Chennai’s Saligramam area.

She is survived by her husband Vijayaraghavan and daughter Mahalakshmi. Meanwhile, her sudden demise has shocked the film industry. After the tragic news of her passing away came out, condolence messages are pouring in from celebrities and fans.

Chitra was a popular face in the South Industry who has acted in several Tamil, Telugu, Malayalam, and Kannada movies. Her most outstanding performances include roles in Pathamudayam (1985), Kalikkalam (1990), and Devasuram (1993).

The veteran actor was nicknamed ‘NallennaiChithra’ after she was part of a Nallennai commercial that went viral years ago. In her acting career, she has been part of over 100 films and has also shared screen space with renowned actors like Prem Nazir and Mohanlal.

Chitra started her career as a child artist in director K Balachander’s film Apoorva Raagangal in the year 1975. The movie featured Kamal Haasan, Srividya, and also had superstar Rajinikanth making his debut. Born as a second child to her parents in 1965, Chitra moved to act in films after her 10th grade. During the 80s and 90s period, Chitra starred opposite big actors both in Malayalam and Tamil industries.