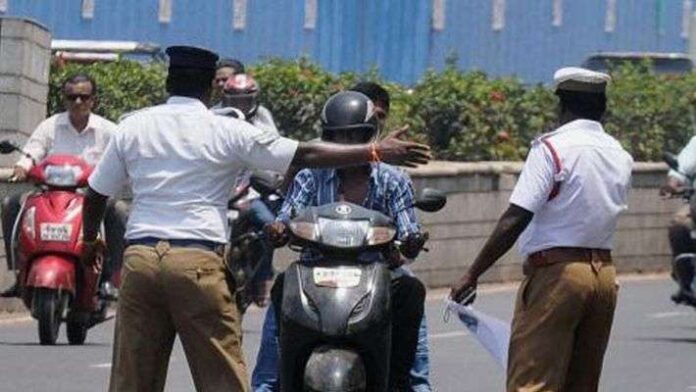 Bengaluru: A two-wheeler rider left behind his scooter after police asked him to pay Rs 42,500 in fines for a staggering 77 traffic violations.

During a special drive, Madiwala traffic police seized the scooter of Arun Kumar and asked him to pay Rs 42,500 in fines after discovering that there were 77 traffic violations against him.

But instead of paying the fine and taking the scooter back, Kumar chose to forfeit the two-wheeler. It later transpired that he had bought the scooter, a second-hand one, for Rs 32,000. With the fine amount being more than double the value of the scooter, he chose to forego the vehicle and walked away.

A senior traffic police officer said that the matter had gone to court and Kumar would have to pay the fine to take the vehicle back. It, however, looks doubtful that he would ever come back.

- Advertisement -
Previous article‘Silently endured all allegations, truth is out now’: PM Modi on Pulwama terror attack
Next articleCan you Believe…! 700 km-long traffic jam in this city for start of the regional curfew and new national lockdown.