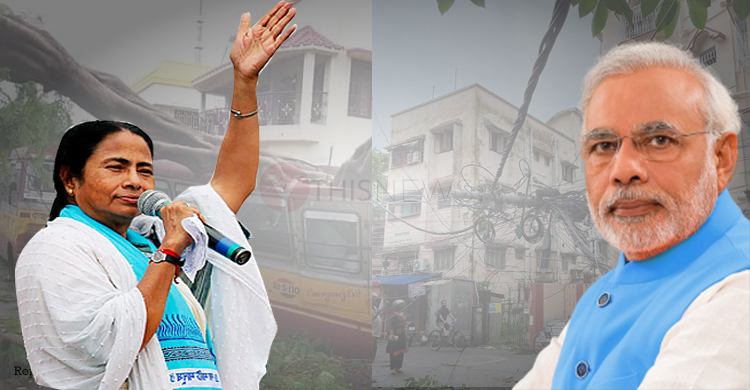 West Bengal: Prime Minister Narendra Modi will travel to West Bengal and Odisha on Friday to conduct an aerial survey of the damage caused by Cyclone Amphan, a government spokesperson said.

“Tomorrow, PM @narendramodi will travel to West Bengal and Odisha to take stock of the situation in the wake of Cyclone Amphan. He will conduct aerial surveys and take part in review meetings, where aspects of relief and rehabilitation will be discussed,” tweeted the Prime MInister’s office. This will be PM Modi’s first visit anywhere since the first lockdown to halt the spread of coronavirus was put in place on March 25.

Cyclone Amphan has left 72 people dead and thousands homeless in West Bengal, battering several parts of the state and washing away bridges and swamping low-lying areas. It also wreaked havoc in Odisha damaging power and telecom infrastructure in several coastal districts. The extremely severe cyclonic storm has weakened and moved to Bangladesh, the IMD said. National Disaster Response Force chief SD Pradhan told reporters that Odisha, which had also evacuated over 1.5 lakh people, wasn’t hit as badly as Bengal and would be back to normal in another two days or so.

News of PM Modi’s decision came hours after Bengal chief minister Mamata Banerjee pitched for central assistance and appealed to PM Modi to visit the cyclone-hit areas. Bengal, which had moved out five lakh people to shield them from the cyclone that roared into the state on Wednesday, packing winds gusting to a top speed of 185 kmph. Earlier in the day, PM Modi assured West Bengal that the country stands in solidarity with it as the state counts its losses in the wake of cyclone Amphan.

“Have been seeing visuals from West Bengal on the devastation caused by Cyclone Amphan. In this challenging hour, the entire nation stands in solidarity with West Bengal. Praying for the well-being of the people of the state. Efforts are on to ensure normalcy, Prime Minister Modi said in a tweet.