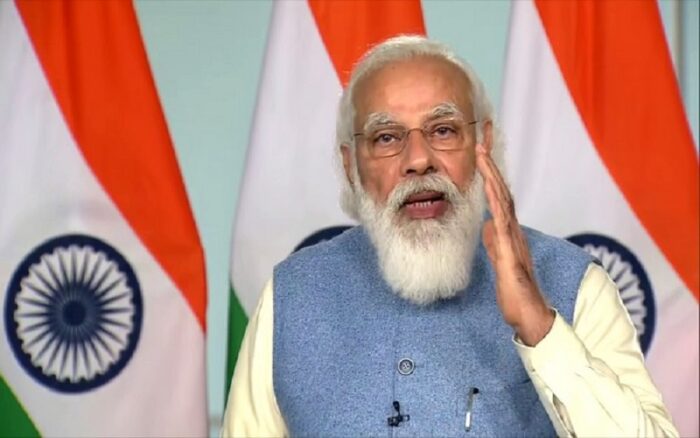 New Delhi: Prime Minister Narendra Modi is slated to hold a meeting with chief ministers of all states and UTs on March 17 via video-conferencing. The primary agenda of this virtual meeting will be the recent surge in Covid-19 cases in different parts of the country.

This meeting between PM Modi and the chief ministers will take place at 12.30 pm on March 17 (Wednesday). Even earlier, the Prime Minister held multiple such virtual meetings with the chief ministers of various states and UTs to take stock of the situation. The last such meeting was held in January of this year ahead of the rollout of Covid-19 vaccines.

In November of last year, PM Modi had chaired a virtual meeting of all chief ministers to discuss coronavirus management. It was during this meeting that the Prime Minister had asked all chief ministers to curb Covid-19 transmission and bring the positivity rate under 5 per cent. A similar meeting was also held in August.

Even in June of last year, the PM held a video-conference with chief ministers, Lieutenant Governors and Administrators of 21 states and UTs. This was the sixth round of consultations between the Prime Minister and the chief ministers.