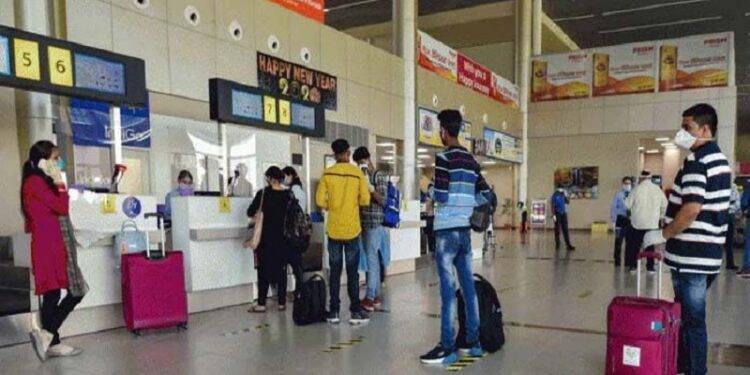 New Delhi: Passengers travelling to international destinations are requested to check the fare preferably from the website of the concerned airline as the meta-search engines at times do not reflect the actual point to point fare and do make combinations of multiple airlines and end up with an exaggerated figure,” DGCA said in a tweet. Also Read: Karnataka may lockdown after Aug 15: Revenue minister R Ashok said will impose Strict Covid restriction

Aviation regulator DGCA has asked airlines to ensure that the airfares on metasearch engine websites are not higher than the ones displayed on the carriers’ websites. This comes after several reports of skyrocketing airfares being charged for flights between India and the United Kingdom. Also Read: Karnataka Lockdown after 15 days: CM Basavaraj Bommai said to take strict restriction

However, the Ministry of Civil Aviation clarified on Sunday that an economy-class ticket on the Delhi-London flight has been available for between Rs 1.03 lakh and Rs 1.47 lakh during August. Air India said the surge pricing was mainly driven by passengers who were allowed to rebook tickets owing to entry requirements and mandatory institutional quarantine in the UK. Also Read: No Plans for Lockdown in Karnataka: health minister Dr K Sudhakar

It said due to this only upper bucket economy & business class seats are available now due to which airfares show a massive uptick on ticket booking websites. While there have been lower and upper limits on all domestic airfares in India since May 25 last year, no such limits have been imposed on international airfares.