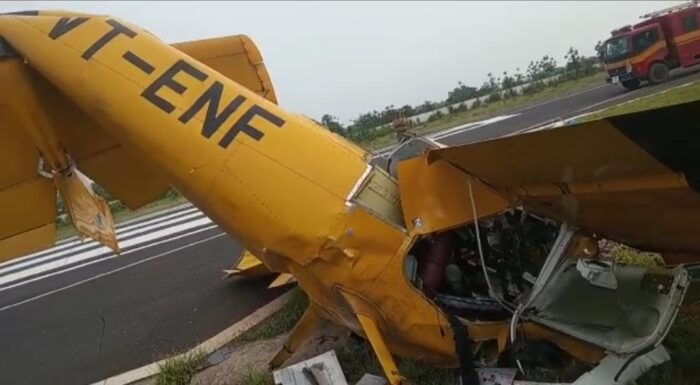 Bhubaneswar: A captain and a trainee pilot lost their lives on Monday after a trainer aircraft crashed in the Dhenkanal district of Odisha. The deceased have been identified as Captain Sanjib Kumar Jha from Bihar and Anis Fatima, a trainee pilot from Tamil Nadu.

The two-seater aircraft crashed at the Government Aviation Training Institute (GATI) at Birasala under Kankadahad police station limits today morning, Additional District Magistrate (ADM), Dhenkanal, BK Nayak said. The two were rushed to a nearby hospital in Kamakhyanagar but were declared dead by the doctors, Nayak sa

Senior police and district officials have reached the spot to take stock of the situation and a probe into the accident would be initiated.

Though the actual cause of the crash is yet to be ascertained, officials said that the accident might have occurred due to a technical glitch.