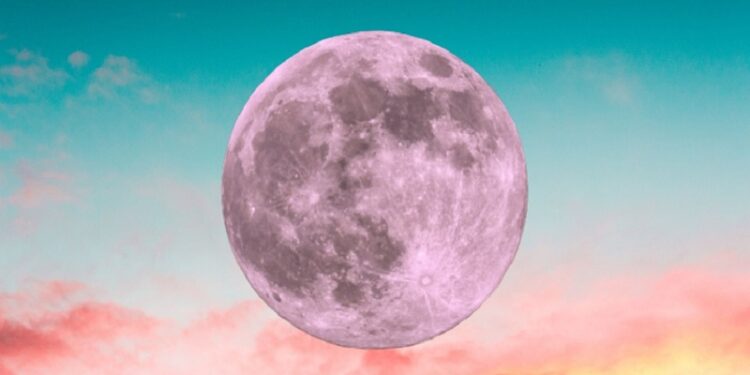 The Pink Moon (supermoon) will be fully illuminated for just a moment, at 2:55 p.m. EDT (18:55 GMT), but it will appear full for three days in total: From Friday morning (April 15) through early Monday (April 18), according to NASA.

In other words, this will be “a full moon weekend,” Gordon Johnston, a program executive in the Science Mission Directorate at NASA Headquarters in Washington, D.C., wrote in the NASA statement. The full moon occurs about once a month when the sun, Earth and moon line up on an imaginary 180-degree line.

The moon’s orbit is about 5 degrees different than Earth’s, so it is usually a little higher or lower than Earth’s shadow, which allows the sun’s rays to illuminate its nearside, or the side facing Earth, Andrea Jones, a science communicator at NASA, previously told Live Science in a video interview. Sometimes during a full moon, part or all of Earth’s shadow falls on the moon, making it a lunar eclipse.

The next lunar eclipse will happen next month, on May 15-16, 2022, when a total lunar eclipse will turn the moon a rusty red, giving it the eerie moniker “blood moon.” The normally white moon turns red because some of the sun’s light goes around Earth.

Where our atmosphere filters out the shorter wavelengths, such as blue and purple, but allows red and orange wavelengths through, meaning they can reach the moon and turn it burgundy, Live Science previously reported.

May’s total lunar eclipse will be visible from parts of North and South America, Europe, Africa and Asia, according to timeanddate.com. April’s Pink Moon will also be a sight to behold. While it won’t actually appear pink, it gets its name from the flower herb moss pink, also called creeping phlox, moss phlox or mountain phlox, a plant native to the eastern U.S. that blooms in early spring, according to NASA.

Other names for April’s moon include Sprouting Grass Moon, the Egg Moon and Fish Moon, as this is when shad historically swim upstream to spawn, according to the Maine Farmer’s Almanac, as reported by NASA.