Phone Under Rs.15000: The Best Mobile Phones You Can Buy in India 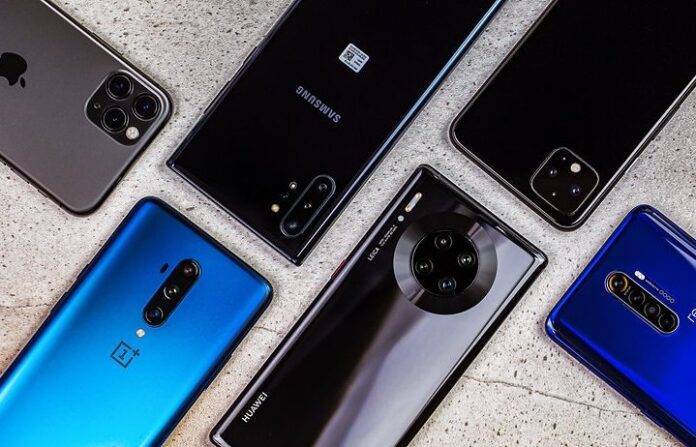 The Rs. 15,000 price segments have gotten a few interesting additions since we last updated this list. Realme launched its second-generation Narzo smartphones, and the Narzo 20 Pro has turned out to be quite a good performer.

We’ve also added the Nokia 5.3, which, even though it got an overall rating of 7/10, deserves to be here due to the clean Android skin and guaranteed software updates for two years. The rest of the list has stayed pretty much the same, with the only differences being slight fluctuations in some of the phones’ prices.

If you have a budget of Rs. 15,000 and are confused about what to buy, we have done the research for you. Here are the models that we found to be a cut above the rest, in no particular order.

The Realme Narzo 20 Pro is an impressive smartphone for a starting price of just Rs. 14,999. It has a lot in common with the Realme 7, its close cousin, but supports the company’s impressive 65W fast charging tech, which makes it a very appealing option.

Overall performance is excellent too, thanks to the beefy MediaTek Helio G95 SoC. The Narzo 20 Pro looks good, and offers a vivid display, feature-rich software, and excellent battery life. Camera performance is also good, although low-light performance could have been better. Still, you get a lot of smartphone for the price.

The Realme 7 succeeds the Realme 6 and offers improved features such as a new SoC, a bigger battery, and a new primary rear camera. It also features a new design, so it looks nicer than the Realme 6.

However, the side effect of having a bigger battery is increased thickness and weight. The Realme 7 is heavy and bulky, and can get a little fatiguing to use. The rest of the features remain similar to the Realme 6. The Realme 7 is snappy to use, thanks to the speedy SoC and the 90Hz refresh rate of the display.

Gaming performance is very good, the display has good brightness and battery life is excellent. 30W fast charging also helps charge the battery fairly quickly. The main rear camera fares a bit better than the Realme 6 in daytime and nighttime photos, but the rest of the camera sensors perform similarly.

The quality of videos could have been better, especially in low light. If you don’t already have a Realme 6, then it makes sense to go straight for the Realme 7 instead.

Motorola’s G-series has long been the backbone of its lineup and India is the first country to get the latest Moto G9. For what it offers, we feel Motorola has launched it at a fairly competitive price. One of the staple features continues to be the lean version of Android, which Motorola now calls MyUX.

It’s mostly stock Android, with a few classic Moto customisations thrown in for good measure. The Moto G9 is built well, but it feels a little big and bulky. It’s one of the few phones that still has a dedicated Google Assistant button, which is a nice touch.

It’s also the first phone in India to feature the new Qualcomm Snapdragon 662 SoC, which does a decent job of keeping things running smoothly. Other than it taking slightly longer than usual to load heavy games, overall performance was good. Battery life was also more than satisfactory. Camera quality was quite decent during the day. Landscapes and close-ups were generally detailed and had good colour saturation.

Low-light photography is where the Moto G9 struggled quite a bit, although Night mode did help in a big way. Overall, the Motorola Moto G9 is a decent phone if you’re looking for a lean Android experience and don’t mind compromising a bit on processing power.

There is Corning Gorilla Glass 5 to protect the panel from scratches. The display has thick borders but these are acceptable for the price.Xiaomi has picked the MediaTek Helio G85 SoC to power the Redmi Note 9. It is an octa-core processor with two Cortex-A75 cores and six Cortex-A55 cores.

The Redmi Note 9 manages to take good photos in favourable light and the AI is quick to detect scenes. Low-light camera performance was average and the Night mode did not make a huge difference to quality.

The Realme 6i can be best described as a toned-down version of the Realme 6. This smartphone however retains key hardware from the Realme 6 including the MediaTek Helio G90T SoC and 90Hz refresh rate, which isn’t common at this price point.

The Realme 6i sports a 6.5-inch display with a hole-punch front camera at the top, and has a side-mounted fingerprint scanner.The Realme 6i has a plastic body and there are two colour options. The MediaTek Helio G90T is capable of handling day-to-day tasks and gaming quite well. There are two variants of the Realme 6i offering 4GB and 6GB RAM, but the storage remains the same at 64GB.

The smartphone packs a 4,300mAh battery and is capable of 30W fast charging but comes with a 20W charger in the box.Realme has equipped the 6i with a quad-camera setup consisting of a 48-megapixel primary camera, an 8-megapixel ultra-wide-angle camera, a portrait camera, and a 2-megapixel depth sensor.

Photos taken with the Realme 6i were good, and the camera reproduced good dynamic range. The wide-angle camera created slight barrel distortion at the edges of frames. Low-light camera performance isn’t as good, and the phone takes a while to capture a shot in Night mode.

The Poco M2 Pro is targeted at the budget segment. It has a premium design and packs in a big 6.67-inch display just like the Poco X2. It had the standard 60Hz refresh rate instead of the higher 120Hz refresh rate that the Poco X2 has.

Poco has used Corning Gorilla Glass 5 at the front and back, and has also opted for a P2i coating on the M2 Pro, which makes it splash-resistant to some extent. This smartphone is powered by the Qualcomm Snapdragon 720G SoC which we’ve also seen in competing models such as the Redmi Note 9 Pro.

The Poco M2 Pro has a quad-camera setup with a 48-megapixel primary shooter. The phone captures good-looking photos in daylight, but its wide-angle camera captured weaker colours and details. In low light, the main and wide-angle cameras struggled with exposure and details. Night mode wasn’t too effective.