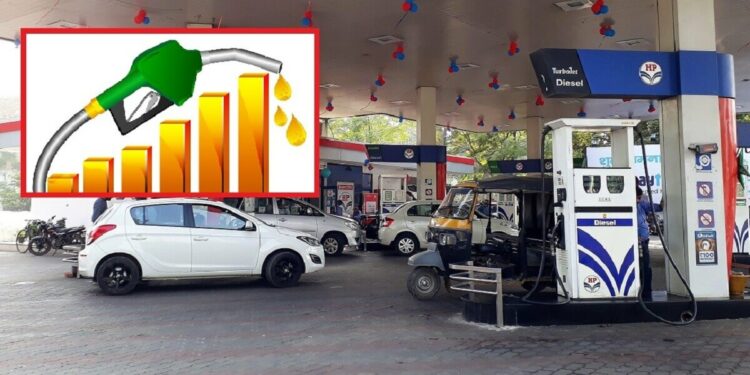 Amid rising crude oil prices in the international market, inflation continues to hit fuel prices across the country. However, petrol and diesel prices were kept unchanged on Wednesday, after the rates were hiked for a period of seven consecutive days.

In the national capital, petrol costs RS 104.44 a litre while the rate of diesel was Rs 93.17 per litre, according to Indian Oil Corporation. In Mumbai, the rate of petrol stands at Rs 110.41 per litre and diesel at Rs 101.03 for one litre.

In Chennai, a litre of petrol will cost you Rs 101.79 and a litre of diesel Rs 97.59. Petrol rates in Kolkata stood at Rs 105.09 per litre while diesel at Rs 96.28 a litre. Among the four metro cities, fuel rates are the highest in Mumbai, as per the state-run oil refiner. The rates vary across the states due to value-added tax or VAT.

The recent surge in global crude oil prices to near $83 a barrel is making policymakers and consumers nervous given that India meets over 80% of its oil needs through imports.

The Reserve Bank of India’s monetary policy committee left the repo rate unchanged at 4% last Friday, while asking the government to consider lowering taxes on petrol and diesel to help contain inflation.

Bus falls into River; 32 killed, 22 on spot and several injured