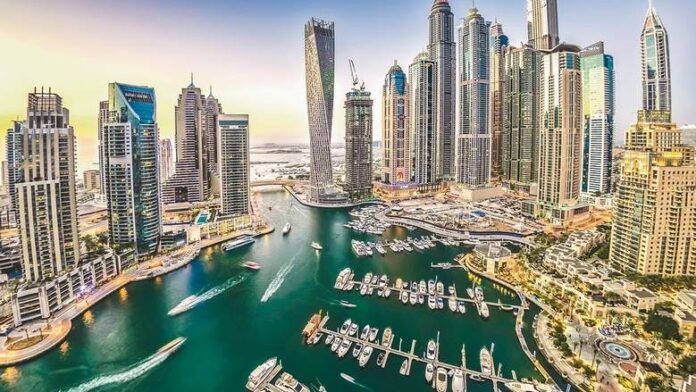 New Delhi: In a recent move to ensure its national security and law and order, the UAE government has banned workers from 13 nations, including Pakistan, from entering the country till further orders.

The order was issued on November 18. The COVID-19 pandemic is rapidly reshaping global geopolitics and diplomacy and a number of countries are seizing the opportunity to take a couple of tough decisions that they would have otherwise faced difficulty in implementing.

Citing a source, a story of Al Jazeera highlighted, “the UAE had temporarily stopped issuing new visas to Afghans, Pakistanis, and citizens of several other countries over security concerns.” The list of the countries included war-torn nations like Syria, Somalia, Iraq, Yemen, and Afghanistan to countries from the anti-Saudi bloc like Turkey and Pakistan. It also highlighted that Pakistan has been facing the heat before the issuance of the order banning workers from 13 countries.

The news report highlighted, “Last week, Pakistan’s foreign ministry said the UAE had stopped processing new visas for its citizens and those of some other countries.. Islamabad said it was seeking information from the UAE on the reason for the suspension but that it thought it was related to the coronavirus pandemic. News reports from the Pakistani media reveal that the Pakistani government was not at all informed about the decision.

The Pakistani leadership has begun to target the UAE government as it believes that this step is ‘Pakistan specific’ and pandemic is not the actual reason to ban Pakistani workers. Senator Anwar Baig, who also runs a recruitment agency said, “the novel coronavirus was the reason behind the ban, India should have been in the list since it has reported one of the highest cases in the world… the suspension of work or employment visas were worrisome and he believed that the ban was Pakistan specific.” In fact, the abandonment and lay-offs of Pakistani workers started in the UAE in massive numbers with the initial advent of the pandemic.

According to data from Pakistan’s Foreign Office, more than 13,000 Pakistanis workers lost their jobs in the UAE at the beginning of April 2020. Before the pandemic, the UAE and Gulf countries hosted more than 4.5 million Pakistani workers. Most importantly, according to a dataset released by Pakistan Government, UAE and Saudi Arabia are the hotspot of Pakistani migrant workers as more than 87 per cent of Pakistanis migrant workers went to the UAE and Saudi Arabia in 2019.

Besides, Pakistani workers working in Gulf Cooperation Council (GCC) nations contribute 65% of the country’s total remittances with the Kingdom of Saudi Arabia and the UAE occupying the top two positions. However, the aversion for Pakistani workers in Gulf countries is not a new phenomenon and the trend is quite old.

It’s just that the pandemic has intensified it. According to an economic report by the State bank of Pakistan released in February 2017, the country’s foreign remittances fell nearly 2% during the first seven months (July 2016 to January 2017). It highlighted that the decline came from Saudi Arabia and the UAE. It noted, “Remittances from Saudi Arabia declined 5.6% to $3.70 billion, UAE 1.8% to $2.44 billion and 1.7% to $1.34 billion from other nations of the GCC.”

A major reason behind dislike and disinclination towards Pakistani workers in the Gulf is the involvement of Pakistanis in a large number of crimes, which is rapidly escalating. Top security officials and bureaucrats of UAE have been expressing their concerns about the rising number of crimes committed by Pakistanis and the thriving of Pakistani criminal gangs. ISI’s heroin business had added to the tranquillity and stability in the UAE. In April 2018, top bureaucrat and Lt Gen Dhahi Khalfan – head of general security of Dubai wrote on Twitter–“The Pakistanis pose a serious threat to the Gulf communities for the drugs they bring with them to our countries.”

The tweet came after the bursting of a Pakistani drug nexus in the UAE. In fact, Khilafan had also served as the police chief of Dubai. Continuing to express his concerns, Khalifan further enquired, “Why are the Indians disciplined while disruption, crime, and smuggling are prevalent in the Pakistani community?” He also went ahead to urge the UAE citizens “not to employ Pakistanis”.

Not only in UAE, but crimes committed by Pakistanis in almost all the Gulf countries are also burgeoning. For example, an October 2016 report by Pakistan’s Express Tribune news platform, “Official documents of the Ministry of Overseas Pakistanis state that currently there are about 1,834 Pakistanis detained in various jails of Saudi Arabia.

- Advertisement -
Facebook
Twitter
Pinterest
WhatsApp
Previous articleMeghana sarja tries to fill her husband’s absence all the way possible. Junior Chiru sleeps listening to his father’s songs always!!
Next articleHow to stop biting your nails: Here is a tips to break the Habit