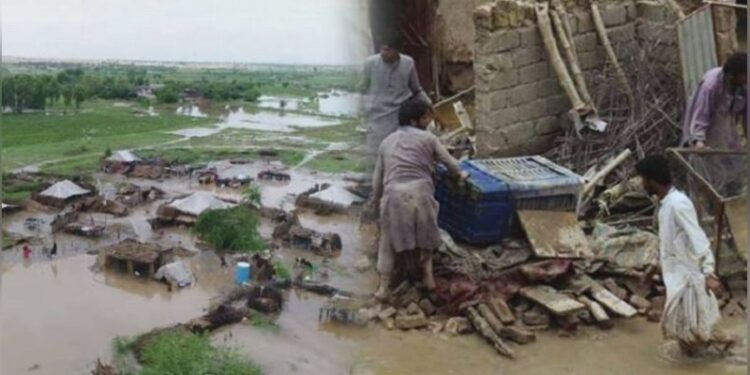 Rainfall in Pakistan due to climate change has submerged a third of the country. More than 1,500 people have died in rains and floods and Pakistan is facing the threat of further floods. Although water levels have started receding in some areas, officials are worried that heavy rains in parts of neighboring India may cause water levels in Pakistan’s major rivers to rise. Pakistan Floods: World Health Organization worries about second disaster.

The Provincial Disaster Management Authority has advised evacuation of people from some areas of Pakistan to avoid further loss of property and lives. The Pakistan Meteorological Department’s website said on Saturday that the rivers had not yet seen any rise in water levels. A weather disaster in the South Asian nation has already depleted currency reserves and the country is reeling from hyperinflation. Pakistan Floods: World Health Organization worries about second disaster.

Floods in Pakistan caused $30 billion in damage and affected 33 million people. The country recently avoided bankruptcy thanks to help from the International Monetary Fund. Bonds hit their lowest level since mid-July as the rupee fell to a record low.

As the country struggles to provide relief to millions of flood-affected people, the political situation has also worsened. Former Prime Minister Imran Khan has accused the government of delaying elections until a new army chief is appointed.

The India Meteorological Department has forecast monsoon rains in some parts of Gujarat, Maharashtra, Madhya Pradesh, Jammu and Kashmir till Tuesday. However, the overall situation in Pakistan is improving. Prime Minister Shehbaz Sharif’s office said in response to questions from Bloomberg that some areas would be free of floods in two to three weeks, but in some places it could take up to three months.

The World Health Organization is concerned about a second disaster

Floodwaters continue to flow through villages, towns and cities, WHO cited the critical situation in Sindh province. It destroys everything in its path. WHO is calling for donations to save lives and prevent further damage.

WHO Director-General Tedros Adhanom Ghebreyesus said the consumption of contaminated water in flood-prone areas is leading to an increase in diseases including cholera, malaria, dengue and diarrhoea.