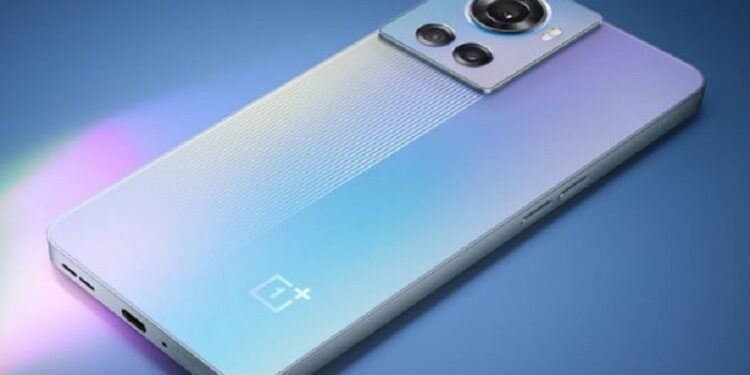 Smartphone Blue Edition comes with a 5,000 mAh battery that can be charged from 0% to 100% in 32 minutes and supports 80W SUPERVOOC charging. The OnePlus 10R Prime Blue Edition is the brand new incarnation of OnePlus’ performance flagship for 2022.

The OnePlus 10R is powered by Dimensity 8100 Max and has a 6.7″ FullHD+ AMOLED screen. The smartphone has a triple camera setup on the back, which has a 50 MP primary, 8 MP ultrawide and 2 MP macro cameras. For selfies and video calls, you get a 16 MP front-facing camera.

It is powered by flagship MediaTek processor Dimensity 8100-MAX AI and OnePlus’ unique OxygenOS software. The OnePlus 10R features dual speakers built-in and an in-display fingerprint scanner. Powering it is a 4,500 mAh battery with 150W charging capacity. However, another model with a 5,000 mAh battery inside charges slowly up to 80W.

The Amazon-exclusive colorway will be offered with 8 GB/ 128 GB and 12 GB / 256 GB memory options, priced at Rs 34,999 respectively. and 38,999 Rs. Available up to Depending on the RAM configuration OnePlus chooses for the OnePlus 10R Prime Blue Edition, the price will remain the same. Unveiled in April, the OnePlus 10R comes in two colors. Earlier this phone came in Sierra Black and Forest Green.

Also Read: Health Tips: Do not heat these ingredients in the microwave

This OnePlus 10R smartphone has already received a good response. The customers who are now launching the Blue version will be given a new option in the choice of colors. It can be said that in the Indian market OnePlus smartphone manufacturing company has taken a leading position with its unique and sophisticated smartphone.