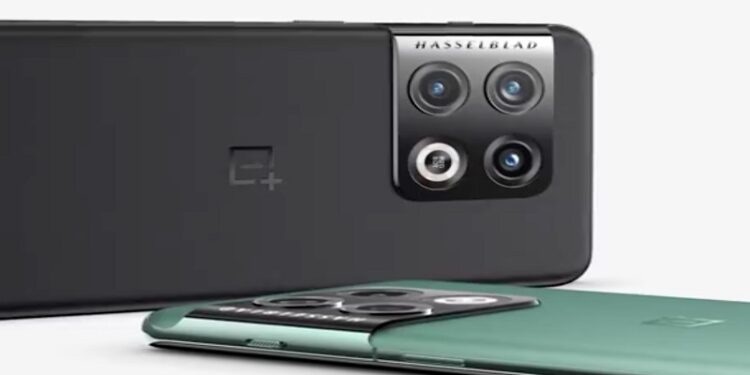 The much-anticipated OnePlus 10 Pro is ready to be launched next month, and according to a new official-looking teaser video that has leaked online, the smartphone may be unveiled on January 11. A purported promo video of the upcoming device has been leaked in the company’s home turf China and it also provides the exact launch date.

The purported leaked video of the device also gives us the closest look yet at the upcoming flagship and it is most likely the final retail version that will be first launched in China. The leaked video was posted on Weibo. According to famed tipster OnLeaks, this could be the upcoming OnePlus 10 Pro.

Earlier, the co-founder and CEO Pete Lau wrote on Weibo, as spotted by Gizmodo “OnePlus 10 Pro, see you in January.” So while it was already confirmed by OnePlus’s CEO that the upcoming OnePlus 10 Pro will launch next month, some rumours suggested the phone will be made available during the first week of the month.

According to GSM Arena, a purported promo video for the device leaked in China and it brings the revelation of the supposed exact announcement date. If this video is really a leaked promo video and not someone exercising their wishful thinking abilities, then the official launch would be January 11. Needless to say, since the video is intended for the Chinese market, the January 11 date, even if accurate, is likely to only refer to the phone’s Chinese launch. This may come before, or even after, the global launch.

The OnePlus 10 Pro was spotted in a benchmark database earlier today and was certified with 80W fast charging yesterday. It should have the Snapdragon 8 Gen 1 chipset at the helm, a 50 MP main rear camera with Hasselblad branding, and a 6.7″ curved LTPO 2.0 AMOLED display with a 120 Hz refresh rate. As per GSM Arena, past rumours suggest that the battery capacity would be 5,000 mAh. The phone should hopefully run Android 12 out of the gate.

Meanwhile, the rumors suggest the device will be the only model in the 10-series lineup. Leaks suggest the 10 Pro will come with a 6.7-inch QHD Plus display, making it exactly the same size as the current OnePlus 9 Pro. The display appears to dominate the front of the phone, broken by a hole-punch camera cut out in the top with curving glass at the sides.