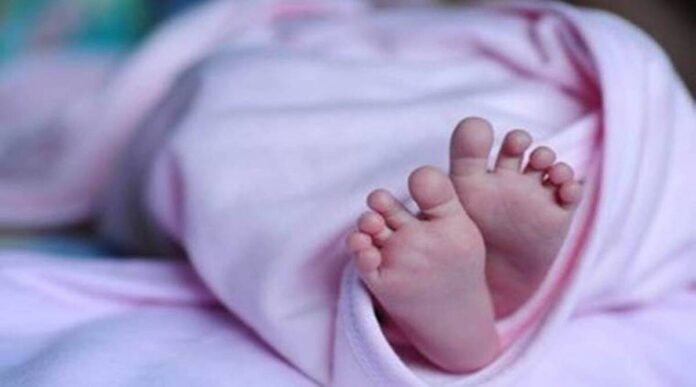 Tamil Nadu: In a shocking incident, A portion of the left thumb of a two week old baby girl got severed when a nurse removed the Intravenous Line using scissors, a state-run hospital chief said in Tamil Nadu’s Thanjavur on Tuesday.

The baby’s father told reporters that the thumb got cut “due to the nurse” and requested appropriate action against her. A doctor performed a surgical procedure to get the severed part attached to its original position, he said.

Dr G Ravikumar, Thanjavur Government Medical College Dean, said the baby shuddered while the Intravenous Line was removed by the nurse using scissors and the tip portion of the thumb got cut. “We have started an enquiry,” he told journalists, adding that a committee has been formed to look into the matter.

The nurse has gone on leave and appropriate action would be taken based on the outcome of the enquiry, he said. On probability of the successful reattachment of the severed portion of the thumb to its right position following the surgery. “we will be able to know after two-three days.

At least two days we should not disturb. There are chances.. we are waiting. We will examine the baby. The incident occurred on Monday afternoon when the baby was ready to be discharged, he said, answering a question.