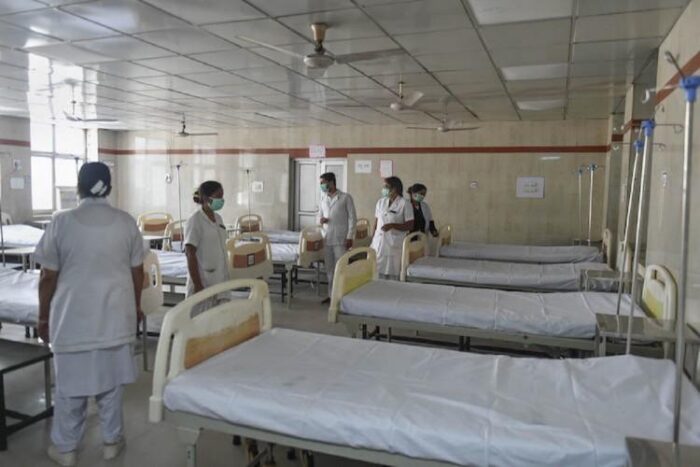 Bengaluru: Eighteen private hospitals here have been slapped with a show-cause notice after a 52-year old patient with influenza-like illness symptoms died here on being allegedly denied admission by them citing “non- availability” of beds.

Health Minister B Sriramulu on Wednesday said refusal to provide treatment was not only inhuman but also illegal as he tagged a copy of the notice in a tweet. “Notice has been served to the hospitals taking cognisance of the (media) reports about the denial of admission to a patient in emergency. Denying medical assistance during emergency is not only inhuman but also illegal,” he tweeted. According to a report, the son and nephew of the patient took him to the 18 hospitals on Saturday and Sunday but he was not admitted on the pretext of non-availability of beds or ventilators. The man died later.

The Commissioner of Health and Family Welfare issued the show-cause notice to the top authorities of the hospitals under the Karnataka Private Medical Establishment (KPME) Act, 2007. “By denying admission to the patient, your hospitals have violated the provisions of the KPME Act. You are liable for legal action,” the notice said, seeking replies within 24 hours as to why action should not be against the hospitals.

This was a “clear violation” of providing medical assistance and admission necessitated under the agreed provision of the KPME registration. Private medical establishments cannot refuse or avoid treatment to patients suffering from COVID-19 or having symptoms, the common notice added. The incident comes in the backdop of repeated instructions by the government that hospitals cannot deny admission to the patients suffering from coronavirus or having symptoms

Lost your Aadhaar card? How to order a reprint if your mobile is not registered with UIDAI

Lost your Aadhaar card? How to order a reprint if your mobile is not registered with UIDAI