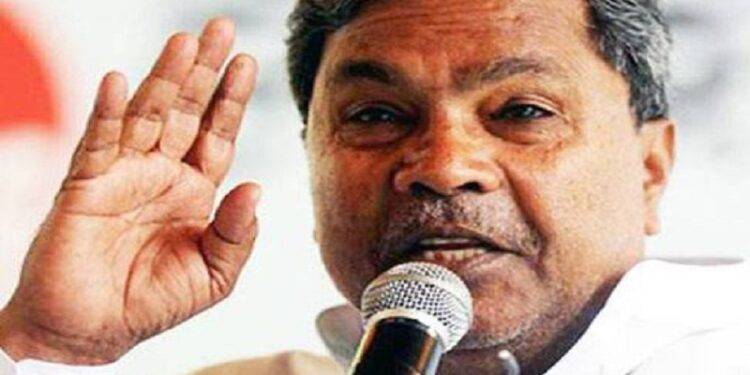 In a no-holds barred attack, Karnataka chief minister Siddaramaiah on Wednesday alleged BJP, RSS and Bajrang Dal have terrorists within their organisations, a charge rubbished by the BJP. Not only ban PFI But also ban RSS Bajrang Dal: Siddaramaiah.

“They are themselves like terrorists in a way. BJP, RSS and Bajarang Dal also have terrorists within,” he said taking his attack on the ruling Congress’ principal rival to a new level ahead of the state Assembly polls due early this year. Not only ban PFI But also ban RSS Bajrang Dal: Siddaramaiah.

Speaking to reporters in Chamarajanagara district, the chief minister said the government would not tolerate whoever indulges in terrorist activities.

“Whether it is the Popular Front of India (PFI), Social Democratic Party of India (SDPI), Bajarang Dal, Vishwa Hindu Parishad or any other organisation… if they indulge in disturbing harmony and brotherhood in the society, and spread communalism, they will not be tolerated,” he added.

Asked whether he will send a report to the Centre for banning such organisations, Siddaramaiah said, “…we have to get documents to say that they are indulging in such activities.”

In a tweet, the state BJP charged: “CM @siddaramaiah is desperately trying to polarise elections on communal lines by calling BJP-RSS terror organisations…

“What they don’t realise is India is not in 1975 and Indira Gandhi is not the Prime Minister today,” it added.

Hitting back at the chief minister, senior BJP Leader and MLC V Somanna said Siddaramaiah has “lost his mental balance”.

RSS has contributed immensely for the nation, he told reporters and demanded an apology from Siddaramaiah to the people of the state and withdrawal of his remarks.

“I urge the chief minister that he should not show a soft corner towards terror organisations that are planning to turn this state into Kerala-like situation. It is not good for you,” he added.

BJP has been demanding a ban on Islamist outfit PFI and its political wing SDPI holding them responsible for a spate of killings of Hindu activists in the coastal Dakshina Kannada district.

On the other hand, PFI has blamed Sangh Parivar outfits for the killing of those from Muslim community in the region.

As the coastal region remained on edge over repeated incidents of communal tensions, Siddaramaiah had recently warned of ‘stringent’ action against organisations provoking communal sentiments in the state.

“Not only PFI, we will take action against all communal organisations,” he had said while also naming Bajarang Dal and Pramod Muthalik’s fringe right wing Sri Rama Sene.