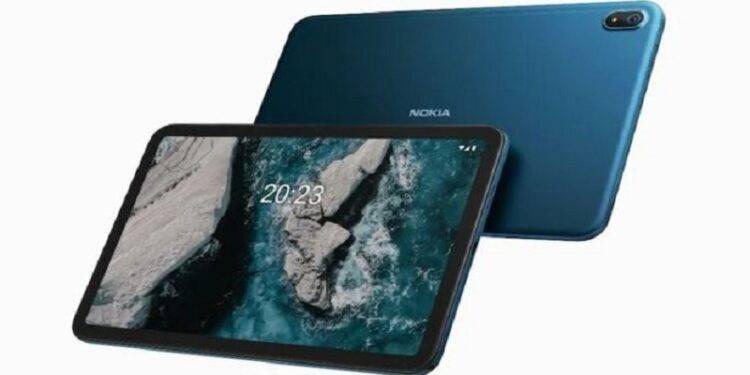 The Nokia T10 still has a blue appearance and has two storage capacities. The entry-level model with 3GB RAM and 32GB storage costs Rs 11,799.The tablet runs Android 12 and is powered by the Unisoc T606 SoC..A 5,250mAh battery is present, and 10W charging is supported.An LTE version of the Nokia T10 will come later. Nokia T10 Tablet Launched in India: Specifications and Price.

With the Nokia T10, Nokia brand licensee HMD Global has updated its tablet lineup. The Nokia T20 tablet was released last year, and the new Android T10 tablet is an updated version of it. The Nokia T10 and T20 share a lot of similarities in terms of design, despite the T10 having a smaller screen. Instead of a 10.4-inch display, it now has an 8-inch display. In July, the Nokia T10 made its debut in a few international regions. Nokia’s little Android tablet will aim to compete with the Realme Pad mini. Nokia T10 Tablet Launched in India: Specifications and Price.

The tablet has basic specifications because it is designed for consumers on a budget. Some users might appreciate the 8-inch screen’s modest size. This greatly increases the tablet’s portability. If not, the screen has large bezels that could make viewing uncomfortable. However, they might also help you prevent unintentional touching. The tablet runs Android 12 and is powered by the Unisoc T606 SoC. The Nokia T10 may or may not receive the Android 12L upgrade, which is Google’s specially designed software for large screens, according to HMD Global. The absence of bloatware apps and a clean software experience for users is another benefit.

The 8-inch display has 450 nits of brightness and Full-HD resolution. Users can use the 2MP sensor for selfies in addition to the 8MP primary camera on the back. Stereo speakers, biometric face unlock, IPX2 grade, and Google Kids and Entertainment Space are additional important features. A 5,250mAh battery with 10W charging capabilities is the last component.