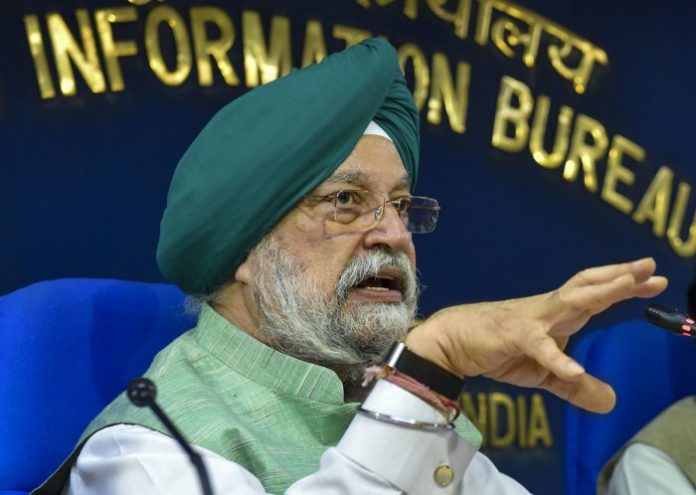 Amid fears of fresh curbs in view of the surge in novel coronavirus cases in the country, the Aviation Minister assured domestic flight services, which are currently operating at 80%, will not be curtailed owing to a second wave of the virus. Speaking to the reporters, Aviation Minister Hardeep Singh Puri said, “Domestic flights were halted in March, 2020 and resumed on 25 May.

We’ve been further reopening it. The only intention was to open it 100% when the summer schedule begins from 1 April.” However, due to the second wave of coronavirus, which has resulted in reporting over 60,000 new Covid-19 cases in the last 24 hours, Puri added that the intention to resume 100% of the domestic flight operations to the pre-pandemic level will not be possible this summer.

“If we had not seen the virus raising its ugly head again, I would have opened up domestic civil aviation 100 per cent by April 1 in the summer schedule… The total revival of the sector in terms of domestic aviation, opening up, has been delayed by 15-20 days,” the minister said. The summer schedule begins at the end of March for all the airlines. Aviation regulator Directorate General of Civil Aviation (DGCA) approves both the schedules – summer and winter – of all the airlines.

Earlier, the aviation ministry had announced an increase in the lower airfare band by 5% for domestic flights. This is the second instance in which the government has increased the fare limits, the first one being in February this year for domestic airlines. While announcing resumption of scheduled domestic flights in May last year, the Aviation Ministry had placed limits on airfares through seven bands classified on the basis of flight duration.

The first band consists of flights having less than 40-minute duration and its lower limit has been increased to ₹2,310 on Friday. The lower limit for the highest band of flights having duration of 180-210 minutes was further hiked to ₹7,560. “I’ve told the airport operators & airlines to put into no-flyers list such passengers who are not wearing mask and not maintaining social distancing norms,” added Puri.

On the other hand, scheduled international passenger flights continue to remain suspended in the country since March 23 due to the pandemic. However, special international flights have been operating since July 2020 under air bubble arrangements formed with various countries.