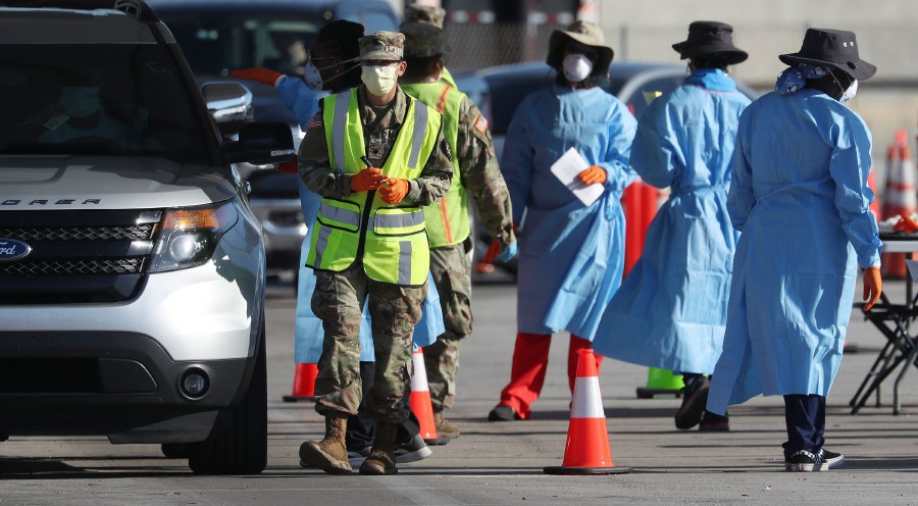 New York: The 731 deaths reported brought the total to 5,489 deaths and 138,836 infections. Authorities faced questions over their actions for at-risk people after an infected inmate at Rikers jail died. Michael Tyson, 53, died waiting for a hearing over a non-criminal offence. As of Monday, 286 inmates and 331 staffers in New York City’s jails have tested positive for the coronavirus.

The outbreak in New York City’s jail system is one of the worst at correctional facilities throughout the US, just as New York state leads the country in both total Covid-19 cases and deaths since the virus reached the US.

The governor Mr Cuomo disclosed that New York, which has been the epicentre of the coronavirus outbreak in the US, saw its highest number of fatalities in a 24hour period between Monday and Tuesday. The change came after the state had seen two days of slowing infection rates and fewer deaths.

However, the governor said the 3day average for cases had fallen. However, he warned that New Yorkers must continue to follow health guidelines to socially distance and stay indoors. We need to vigorously maintain it. Lives depend on it, he said. He asked New Yorkers to avoid large gatherings as religious holidays Passover and Easter approach.

What is happening with New York prisons?  Mr Cuomo has so far ordered the release of at least 1,100 prisoners. Responding to questions on Tuesday, an aide to the governor said the state was “continuing to evaluate” the situation in New York’s jails in relation to the virus. Tyson, of New York’s Bronx borough, was the first inmate to die of Covid-19 at Rikers Island, one of New York’s largest prisons. Following reports of Tyson’s death, the Legal Aid Society in a statement decried Mr Cuomo’s failure to release those who are “especially vulnerable” to the virus. BBC Reported.

This tragedy would have been entirely avoidable if only Governor Cuomo had directed [Department of Corrections and Community Supervision] to act decisively from the outset of this epidemic,” said Tina Luongo, the attorney in charge of criminal defence at the Legal Aid Society on Monday. It is time for the governor to employ the full breadth of those powers and to act without delay to avoid further catastrophe. Tyson had been in custody since 28 February for violating a 2017 parole order, a technical error akin to missing curfew or failure to report an address change. In a lawsuit filed by the Legal Aid Society last week, Tyson was among 100 detainees held for parole violations that the organisation had identified for release.

He had been identified as “high risk” for his age and unspecified health conditions. Several jurisdictions have released prisoners due to Covid-19 risk, but the application has been uneven. Attorney General William Barr has also directed the US Bureau of Prisons to expand the group of federal inmates eligible for early release.