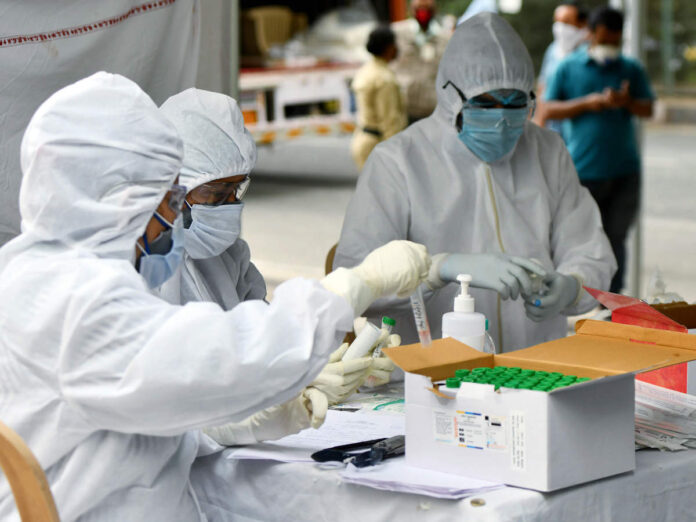 A new “double mutant variant” of the coronavirus has been detected in 18 states in the country in addition to many other strains or variants of concern (VOCs) which have also found abroad, the Health Ministry said today.

1 sample was found positive for viruses of the Brazilian (P.1) lineage. The samples with these VOCs have been identified in 18 States of the country.” Union Health Ministry said. The Indian SARS-CoV-2 Consortium on Genomics (INSACOG) is a grouping of 10 National Laboratories that was established by the Ministry of Health and Family Welfare on 25 December 2020. INSACOG is since then carrying out genomic sequencing and analysis of circulating Covid-19 viruses, and correlating epidemiological trends with genomic variants.

Genomic variants of various viruses are a natural phenomenon and are found in almost all countries. Genome sequencing and analysis have been carried out on samples from arriving international travellers, contacts of those positive for VOC and community samples from most of the States at INSACOG partner laboratories which are 10 in number. “The analysis of samples from Maharashtra has revealed that compared to December 2020, there has been an increase in the fraction of samples with the E484Q and L452R mutations.

Such mutations confer immune escape and increased infectivity. These mutations have been found in about 15-20% of samples and do not match any previously catalogued VOCs. These have been categorized as VOCs but require the same epidemiological and public health response of “increased testing, comprehensive tracking of close contacts, prompt isolation of positive cases & contacts as well as treatment as per National Treatment Protocol” by the States/UTs,” it added.

From Kerala 2032 samples (from all 14 districts) have been sequenced. The N440K variant that is associated with immune escape has been found in 123 samples from 11 districts. This variant was earlier found in 33% of samples from Andhra Pradesh, and in 53 of 104 samples from Telangana. This variant has also been reported from 16 other countries including the UK, Denmark, Singapore, Japan and Australia. As of now these can be at best said to be variant under investigation.

In its press release, the ministry further added, “though VOCs and a new double mutant variant have been found in India, these have not been detected in numbers sufficient to either establish or direct a relationship or explain the rapid increase in cases in some States. Genomic sequencing and epidemiological studies are continuing to further analyze the situation.”