by News Next Desk
in POLITICS, WORLD NEWS 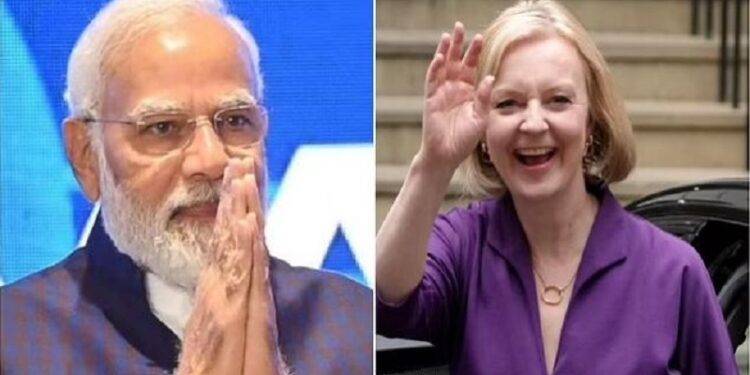 Truss, a former foreign secretary, ran into the election with little chance of winning. But Rishi Sunak defeated in this election. After his win, Truss promised to take bold action for the UK at this difficult time. Narendra Modi congratulated Liz Truss, the new Prime Minister of Britain.

I am honored to be elected as the leader of the Conservative Party. Thank you for trusting me to lead and deliver our great country. “I will take bold action to grow our economy and unleash the potential of the United Kingdom during these difficult times,” he tweeted.

Liz Truss is the 56th Prime Minister of the UK and the third female Prime Minister to lead the country. Liz will address UK citizens on Tuesday and take the oath of office on Wednesday.

Liz, 47, was born in Oxford. Her father was a mathematics professor, and her mother was a nurse. Truss once called his parents ‘lefties’. Her family was not part of active politics. But former PM Margaret Thatcher moved to rallies calling for nuclear disarmament when US nuclear warheads were allowed to be stationed at RAF Greenham Common, west of London.

She played Margaret Thatcher in a school mock election. But defeated. But Thatcher’s character was fun. Truss attended school in Glasgow and Leeds and attended Oxford University. There he studied philosophy, politics and economics. Active in student politics.

Liz Truss married Accountant Hugh O’Leary in 2000. He described Hugh as a patient, non-emotional person when he spoke to The Telegraph. Hugh is a very active member of the local Conservative Party unit. She has two teenage daughters, Frances (16) and Liberty (13).

Liz Truss’s political ambitions were known while still at Oxford University. He was active as a Liberal Democrat and at one point said he would abolish the monarchy in 1994. He switched to the Conservative Party while studying at Oxford. He contested and lost two elections from Hemsworth and Calder Valley in 2001 and 2005 respectively.

In 2006 he won his first election from Greenwich, South East London, where he was elected as a councillor. In 2010, Conservative Party leader and former Prime Minister David Cameron wanted Truss to be his A-list of preferred candidates, who contested the South West Norfolk seat.