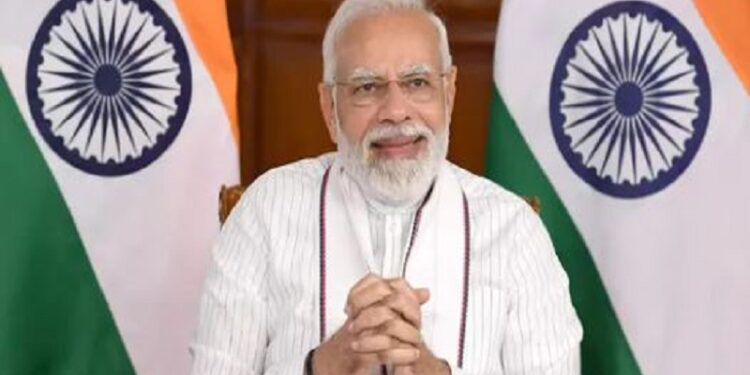 Prime Minister Narendra Modi will be in this coastal city on Friday afternoon to inaugurate and lay the foundation for mechanisation and industrialisation projects worth around Rs 3,800 crore, and later address a mega event. Narendra Modi: 1st India-Made Aircraft Carrier INS Vikrant Commissioned. This visit by Modi for about a couple of hours to the port city.

After attending 1st India-Made Aircraft Carrier INS Vikrant events in neighbouring Kerala, is likely to give a boost to the Karnataka BJP, which is preparing for Assembly polls next year, aiming to regain power in the state with a target of winning at least 150 of the total 224 seats. According to party and official sources, the Prime Minister is scheduled to arrive at the Mangaluru International Airport around 1.30 pm, from where he will fly to New Mangaluru Port Authority (NMPA) premises at Panambur by a chopper.

After inaugurating or laying foundations to various projects there, he will arrive at the Goldfinch city grounds here to attend an official public event. Nearly two lakh people are likely to attend the event at Goldfinch city grounds, they said, in addition to one lakh workers of the BJP. The district administration is also said to have invited about 70,000 beneficiaries of various Union government welfare schemes to the programme.

The visit to Mangaluru in Dakshina Kannada district is seen as significant after recent incidents of “communal” murders including that of BJP activist Praveen Nettar near here, which triggered widespread protests and spate of resignations by some of its Yuva Morcha members and workers at various places across Karnataka, accusing the state government of not standing up to protect the lives of Hindu ‘karyakartas’.

Also Read: The second player in the world: Shakib Al Hasan who wrote a special record in T20 cricket

Several Hindutva ideologues and organisations too had expressed their angst against the government, reflecting similar sentiments. The visit is also coming at a time when the BJP government is facing corruption charges of “40 per cent commission” in public works by the state contractors’ association, and also allegations of irregularities in several departments by certain organisations and opposition parties, especially the Congress.