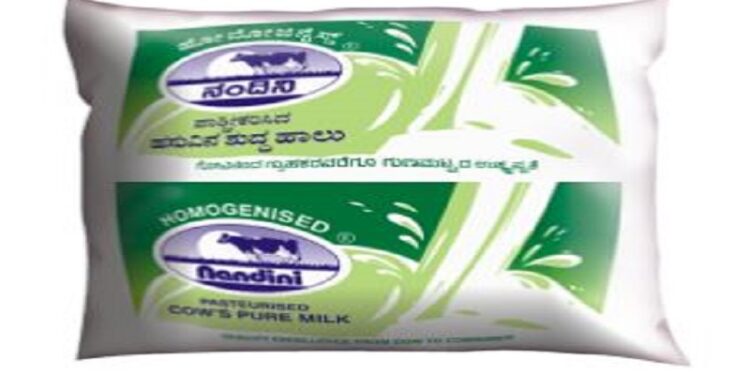 The Karnataka Milk Federation (KMF), which sells many products under the ‘Nandini’ brand, has hiked the price of ghee. A liter of ghee costs Rs.570. Milk unions of 14 districts of KMF have taken a decision to increase the price of milk. Nandini ghee price increase by Rs 30: Milk price also increased.

Although a file has been forwarded to the Chief Minister’s office in this regard, no response has been received from the government. Sources said that even if the government did not give approval in the face of mounting pressure, the KMF president is likely to use his authority to announce a hike in milk prices as well. Nandini ghee price increase by Rs 30: Milk price also increased.

Increase in the price of Nandini Ghee

Nandini Ghee prices have increased since Monday (Sep.12). Nandini has been continuously increasing the price of ghee for the past one month. In the month of August, the price of a liter of Nandini ghee is around Rs 450. There was Later, by September 10, this rate was Rs 518.18. has risen to But now as per the new revision it is Rs 570 per litre done .The price has gradually increased over the past one month and has increased by around Rs. 100 in a month.

A unanimous decision in this regard was taken in the KMF annual general meeting of all members held in Bangalore last Friday under the chairmanship of KMF president Balachandra Jarakiholi. All the 14 District Milk Unions of KMF are said to have expressed their support for increasing the price of milk.

Many projects implemented by KMF have financial support from the government. Thus, while taking important decisions including price increase, the approval of the state government was sought. But since the government is following a policy of delay this time, the unions have put pressure on the president to use the existing powers to order the rate hike.