six accused were arrested from Mumbai, West Bengal, Jammu and Kashmir, including two from Mysuru and Bengaluru. 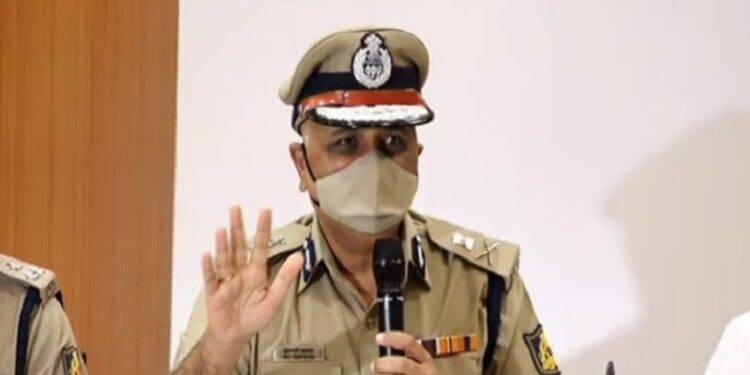 He said the incident occurred on 23 August at Jewellery shop in Vidyaranyapuram extension.   The two were planned the dacoity while others carried out the act by using country made revolver. He said   that six accused were arrested from Mumbai, West Bengal, Jammu and Kashmir, including two from Mysuru and Bengaluru.

He said the Mysuru and Bengaluru men planned the robbery and further details are yet to be known. All the accused are contract killers and the cause of robbery may be business rivalry.

The accused in Mysuru and Bengaluru have criminal antecedents, who had served jail terms in several cases earlier, DGP added. The names are kept under wraps as the investigation is still underway. Two more accused involved in the case remain to be arrested. He said the department will distribute cash prize of Rs 5 lakhs for the team which cracked the case.

Sources confirmed that a team 4 members of other state engineering students’ gang-raped the MBA student and demanded Rs 3 lakhs from boy. It also said police teams left for Tamil Nadu and Kerala to nab the culprits.  After the incident the accused did not attend the engineering examinations on Wednesday and fled to native places following the issue became national news.

PF Rule change from September 1: if you fail to adhere this you will not get money