My phone is on, call before you comment on me: Jonny Bairstow hits back to Sunil Gavaskar 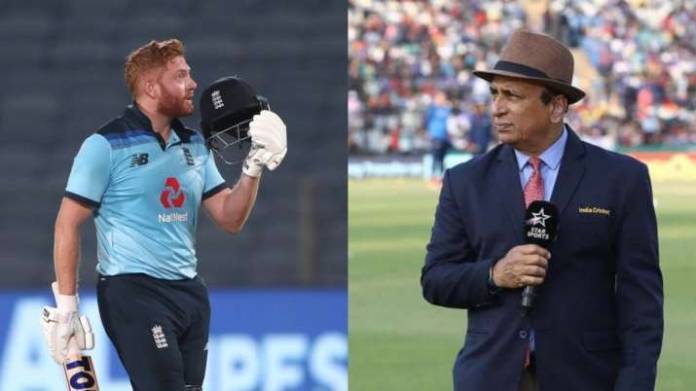 England batsman Jonny Bairstow has hit back at former Indian cricketer Sunil Gavaskar on his criticism of the batsman during the Test series against India earlier this year. Gavaskar had said that Bairstow looked “uninterested” after a soft dismissal off Ravichandran Ashwin in the second

The right-handed batsman had got three ducks in four Test innings of the series against India that ended earlier this month. But he bounced back into form, scoring 94 and 124 in the first two ODIs while providing England with rocking starts. “I am interested [in knowing] as to how that opinion could have been made, especially as there`s been no correspondence or communication between myself and him,” said Bairstow.

He`s more than welcome to give me a ring and I`ll speak to him about my will to do well in Test cricket, and the enjoyment I do get out of playing Test cricket. “My phone is on and if he does want to give me a call or a message, he should feel free.” The 31-year-old, with 11 tons, is behind Joe Root (16), Eoin Morgan (13) and Marcus Trescothick (12) in the list of English batsmen with most ODI centuries.

He said he would love to surpass Root and become England`s top century-maker. “Naturally, you would like to have the most ODI hundreds for England,” he said. “I`m happy with how I`m playing and I`m happy with those figures, but they mean nothing if you don`t keep converting in the future.” This story has been sourced from a third party syndicated feed, agencies.

Mid-day accepts no responsibility or liability for its dependability, trustworthiness, reliability and data of the text. Mid-day management/mid-day.com reserves the sole right to alter, delete or remove (without notice) the content in its absolute discretion for any reason whatsoever.