Home » My coach didn’t play Wasim, McGrath and Shoaib, I did: Sourav Ganguly

My coach didn’t play Wasim, McGrath and Shoaib, I did: Sourav Ganguly 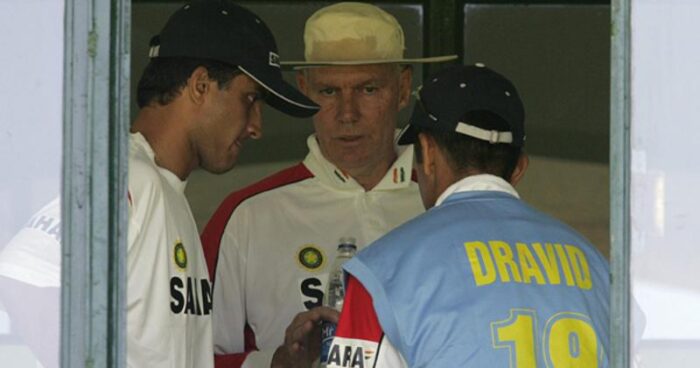 Mumbai: Sourav Ganguly being sacked as India captain and subsequently losing his spot in both Tests and ODIs still continues to be one of the most talked about incidents of Indian cricket. The events leading up to it received a lot of attention with former Australia batsman Greg Chappell, who was the head coach of Team India then, being at the forefront of it.

Not known for mincing his words, Ganguly has several times opened up about the ‘injustice’ meted out against him in 2005. In a recent interview with Bengali media, he did the same. Ganguly, who was dropped after returning from the Zimbabwe tour in 2005, said he never lost confidence because he knew he had scored runs against the likes of Glenn McGrath, Wasim Akram and Shoaib Akhtar.

“I didn’t lose confidence. I knew I’ll score runs if they play me. My coach didn’t go out in the middle to play Wasim, McGrath and Shoaib, I did that and managed to score runs against them. If I had done that successfully for 10 years then I can do that again provided if get the opportunity,” said Ganguly. Agreeing that he was upset after the axing, Ganguly said it only made him more confident. “Yes, I was very upset when was I dropped from the side but never lost confidence, not even for a second,” added Ganguly. Ganguly, who scored 11363 runs in 311 ODIs with 22 hundred to his name. and 7212 runs in 113 Test at an average of 42.17 and with 16 centuries, said Chappell should not be blamed alone for his axing.

“I don’t want to blame Greg Chappell alone. There is no doubt about the fact that he was the one who started it. He suddenly sends an email against me to the board which gets leaked too. Does something like this happen? A cricket team is like a family. There can differences of opinion, misunderstandings in the family but that should be sorted out with dialogue. You are the coach, if you believed that I should play in a certain manner then come and tell me. When I returned as a player, he had specified the same things then why not earlier?” said Ganguly.

After being dropped from the Indian side in 2005, Ganguly made a comeback to the Indian team in 2006 for the tour to South Africa. Ganguly scored a bagful of runs on his return to international cricket and played some of his finest knocks over the next two years.