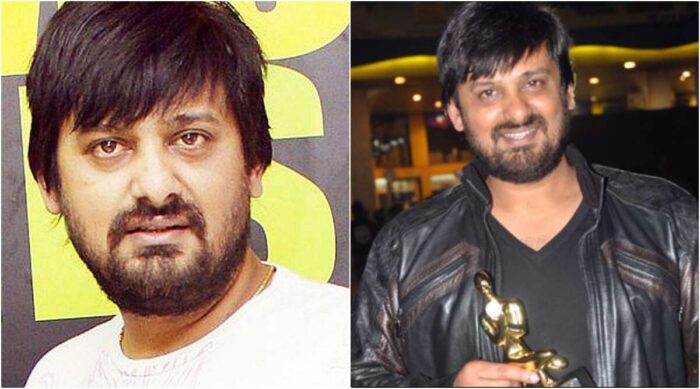 Mumbai: Music composer, director and singer Wajid Khan died at the age of 42 late in the wee hours of Monday morning. He was tested positive for the novel coronavirus a few days ago.

Wajid Khan, of the famous Sajid-Wajid music composer duo, was also suffering from kidney ailments and had undergone a kidney transplant a few months ago.

Wajid Khan composed most of the songs of actor Salman Khan’s moves and even had a hand in composing the recent Bhai-Bhai song released by the actor last week. Music composer Salim Merchant, who confirmed the news of Wajid’s death, told media that the composer was hospitalised a few days ago at Surana Hospital, Chembur where his condition deteriorated.

“He had multiple issues. He had a kidney issue and had a transplant a while ago. But recently he got to know about kidney infection. He was on the ventilator for the last four days, after his situation started getting worse. Kidney infection was the beginning and then he got critical,” Salim told media.

The music composer duo Sajid-Wajid broke on to Bollywood with their film debut, with Salman Khan’s 1998 movie Pyaar Kiya Toh Darna Kya. They went on to work on several films together, including Garv, Tere Naam, Tumko Na Bhool Payenge, Partner and the popular Dabangg franchise.

Wajid also did playback for Salman. In chartbusters like Mera Hi Jalwa, Fevicol Se, it was Wajid who lent his voice to Salman. Wajid also voiced Chinta Ta Chita Chita from the film Rowdy Rathore for Akshay Kumar, among others. Wajid recently co-composed Salman’s songs Pyaar Karona and Bhai Bhai, which were shot in Khan’s Panvel farmhouse during the lockdown, and were released on his YouTube channel.

Apart from films, Wajid, along with brother Sajid, also served as mentor on the singing reality shows Sa Re Ga Ma Pa 2012 and Sa Re Ga Ma Pa Singing Superstar.

Actor Parineeti Chopra also took to Twitter to condole his death, “Every music session with him was memorable.”

“The one thing I will always remember is Wajid bhai’s laugh,” Priyanka Chopra said in a tweet.