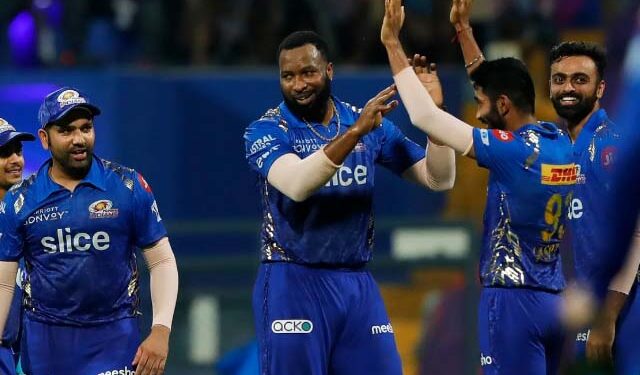 Hours before their IPL 2022 match against the Kolkata Knight Riders, Mumbai Indians top player out from IPL 2022. Mumbai Indians were dealt with a heavy blow as their start batter Suryakumar Yadav was been ruled out of the remainder of the ongoing season. IPL confirmed the developments in an official release on Monday.

Suryakumar was sidelined due to a left forearm muscle injury suffered in MI’s match against the Gujarat Titans. “Mumbai Indians batter Suryakumar Yadav has been ruled out of the IPL 2022 owing to a left forearm muscle injury. Yadav sustained the injury during the team’s fixture against Gujarat Titans on 6th May, 2022,” IPL said in a statement on Monday

Suryakumar played 8 matches this season for the Mumbai Indians scoring 303 runs at an average of 43.29 that included 3 half centuries.” Suryakumar Yadav had been one of the most consistent performers for five-time champions MI. He had a strike-rate of 145.67 and played consistently well for the team.

His absence will be a big blow for MI, which has won just two out of their 10 matches so far. They are out of the play-off race. The announcement of Yadav’s injury came minutes before MI’s 11th IPL 2022 match against Kolkata Knight Riders.

Also Read: CSK and Mumbai Indians still have chance for Playoff in IPL 2022

MI captain Rohit Sharma won the toss and chose to bowl in the game against the Shreyas Iyer-led KKR. MI have lost their last five wickets in just over 3 overs. KKR have recorded a third consecutive win against MI and Bumrah’s five-wicket haul ends up on the losing side.