by News Next Desk
in LATEST NEWS, CRIME 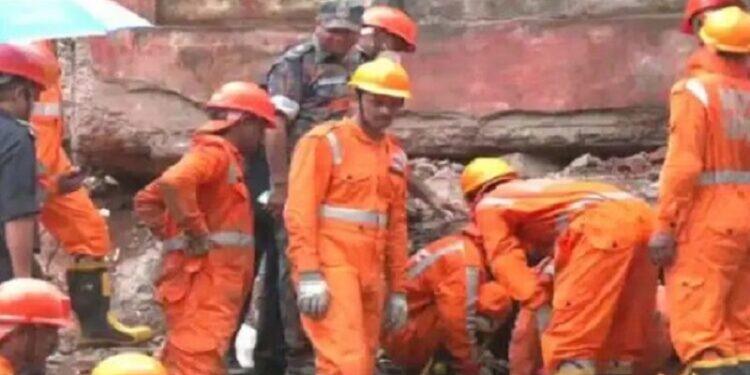 Three people are reported to be dead after a four-storey building in Mumbai’s Naik Nagar in Kurla East collapsed late on Monday night. Hours later, the rescue operations are still on. While more than 20 people were believed to be trapped under debris initially, according to media report, 13 are said to have been rescued so far.

Among those injured, 10 people have been sent to Rajawadi Hospital, while one person is currently undergoing treatment at Sion hospital. After the incident was reported at around 12 am, a team of fire brigade and police reached the spot immediately to carry out rescue operations, as per the officials.

Speaking to reporters, Brihanmumbai Municipal Corporation (BMC) corporator Pravina Morajkar said, “A four storey building collapsed in Naik Nagar. Fire brigade team and the police at the spot as the rescue operation continues.” At the time she had said that “20 to 25 are likely to be trapped under the debris”.

Meanwhile, Maharashtra minister Aaditya Thackeray visited the incident site. Calling the incident “unfortunate”, Thackeray said that “whenever the BMC issues notices, buildings should be vacated, otherwise such incidents happen”. He further stressed on taking action over the building collapse.