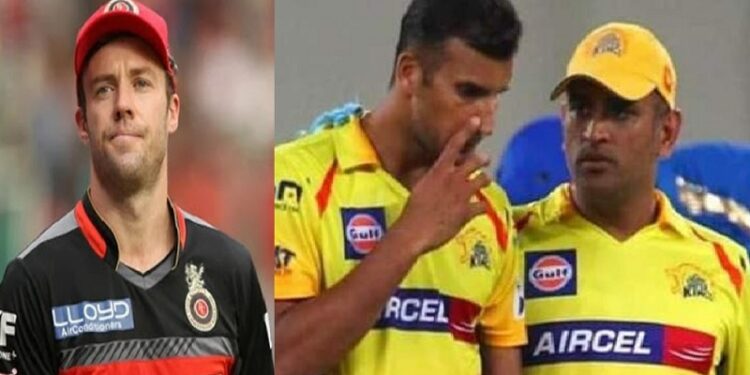 Many players have announced their retirement from international cricket before Legends League cricket league. Ishwar Pandey’s name is also included in this list, but after the announcement of his retirement for international cricket, he had made big allegations against MS Dhoni about his career. In recent development MS Dhoni scolds me took AB De Villiers wicket: Ishwar Pandey big statement.

33-year-old Ishwar Pandey, who announced his retirement from all forms of cricket on Monday, took 18 wickets in 25 IPL matches and 263 wickets in 75 first-class matches. On the basis of this, he got a place in the Test team on the tour of New Zealand in 2014. MS Dhoni was the captain of the team at that time, but Ishwar Pandey did not get a chance.

To this, Pandey revealed that if Dhoni had shown a little more faith in him and probably gave him some chances, his career would have been different. Chennai Super Kings (CSK) and Madhya Pradesh bowler Ishwar Pandey has recalled an instance when he was severely scolded by CSK captain MS Dhoni for dismissing AB de Villiers during an IPL game.

Ishwar Pandey, in conversation with Dainik Bhaskar, revealed an incident when MS Dhoni, his captain at CSK, scolded him heavily for dismissing Royal Challengers Bangalore (RCB) batter, the great AB de Villiers with a picture-perfect yorker. This was during the 37th match of the IPL 2015, where CSK had posted 148/9 and during the case, de Villiers had raced to 21 off 13 balls having struck five boundaries in a rollicking start.

“Once we were playing a match against RCB in Bangalore. When AB de Villiers came to bat, Mahi bhai handed me the ball and told me not deliver a yorker and bowl well. I beat de Villiers three or four balls and got hit for a four off the fifth delivery. There was one ball left so I thought I’d hit the yorker,” Pandey told Dainik Bhaskar.

“I bowled a yorker but it became a low full toss. De Villiers got out on the same ball. After getting the wicket, Dhoni came to me and scolded me. Although he wasn’t serious, Dhoni said ‘I told you not to bowl the yorker’. Then later, patting his back, he said – Never mind, aagey se dhyaan rakhna,” he added.