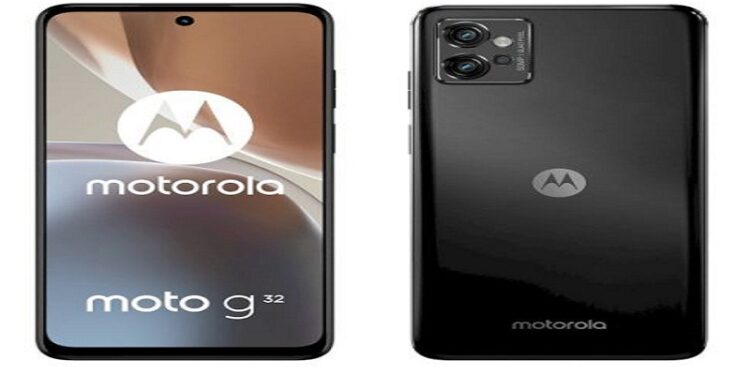 The India launch date of the new Moto G32 smartphone from Motorola G-series which was introduced in the global markets just last week is out. The ‘Moto G32’ smartphone is expected to launch on August 9 with a 5000mAh battery that supports 30W fast charging, a triple rear camera setup with a 50 megapixel sensor, a 90Hz refresh rate display and a Qualcomm Snapdragon 680 processor.It will be released in the country.So, let’s know the complete information about the new ‘Moto G32’ smartphone, what are the features and how much is the price.Moto G32 Release Date Fix in India

The new Moto G32 smartphone, which has already entered the global market, is equipped with a large 6.5-inch Full HD Plus LCD display with a screen-to-body ratio of 85.4%. The display is capable of 90Hz screen refresh rate and 20:9 aspect ratio with a screen resolution of 1,080×2,400 pixels. Under the hood, the Moto G32 smartphone is powered by a Qualcomm Snapdragon 680 processor that is paired with 4GB of RAM and 128GB of internal memory with the option to expand the storage capacity up to 1TB via SD memory card. The company said that this new Moto G32 smartphone will run on Android 12.

In the camera department, the Moto G32 smartphone offers a rear camera setup. Its primary camera is a 50 megapixel camera with F1.8 aperture lens. Along with this, there is an 8-megapixel ultrawide sensor with F2.2 lens and a 2-megapixel macro sensor with F2. The Moto G32 smartphone also includes a 16-megapixel front camera for selfies and video calls. Other connectivity options include dual-band Wi-Fi, Bluetooth 5.2 and NFC, and the Moto G32 is backed by a 5000mAh battery. It supports 30W fast charging. This smartphone uses USB-C port for charging and data transfer.

Also Read: These smartwatches are available at a discount of 78 percent