Most runs on ODI debut: Four Kannadigas in top-5 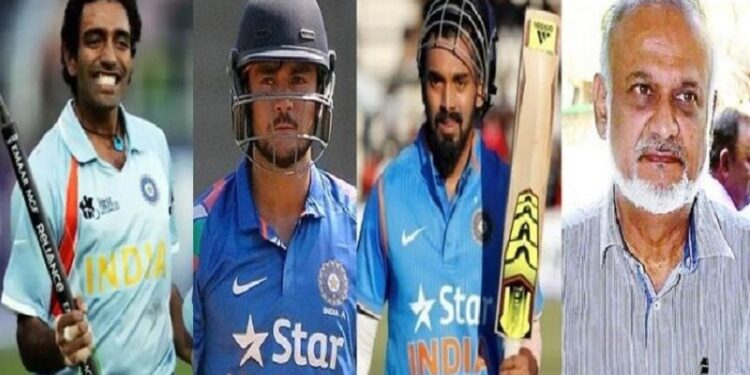 In the last 48 years, a total of 242 players have represented the Indian team in ODI cricket. But he is the only player to have scored a century on his ODI debut. He is our mirror KL Rahul. Rahul (KL Rahul), who played the first one-day match of his career in the tour of Zimbabwe in 2016, scored a century in the first match and wrote a record. KL Rahul is leading the Indian ODI team on the tour of Zimbabwe this year.Most runs on ODI debut: Four Kannadigas in top-5.

An interesting fact is that four of the top five players who have scored the highest score in ODI Debut for India are from our Karnataka. Among these, KL Rahul, Robin Uthappa and current IPL Chairman Brijesh Patel, the former secretary of the State Cricket Association (IPL Chairman Brijesh Patel) are in the top-3. Manish Pandey, another player from Karnataka, is at the 5th position.Most runs on ODI debut: Four Kannadigas in top-5.

Before Rahul scored a century on his ODI debut, the record for most runs on ODI debut for India was held by Koda’s hero Robin Uthappa. Robin Uthappa, who made his ODI debut in 2006 against England in Indore, scored 86 runs in the first match. Brijesh Patel scored 82 against England in his first ODI in 1974 at Leeds. Karnataka’s Manish Pandey made his One Day International cricket debut in 2015 against Zimbabwe in Harare and scored 73 runs in that match.