by News Next Desk
in GULF NEWS, LATEST NEWS 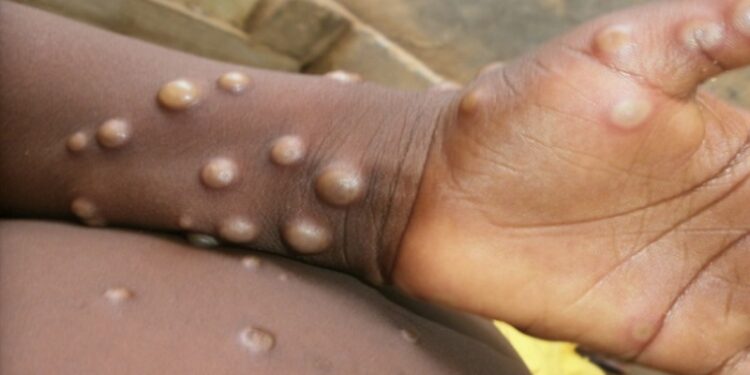 The government said little about the patient, but stressed that authorities were investigating her contacts and “taking all necessary measures” to limit the spread of monkeypox. The patient is a 29-year-old visitor from a West African country and she is receiving the required medical care in the UAE, WAM added.

Monkeypox has been reported over the past few days in several European and North American countries including the UK, France and the US. The rare virus is endemic in several regions of Africa. The World Health Organization (WHO) said monkeypox is “usually a self-limited disease with the symptoms lasting from 2 to 4 weeks.”

However, WHO added that severe cases can occur, with a fatality ratio of approximately 3-6 percent. The disease is typically transmitted to humans through close contact with an infected person or animal, or with material contaminated with the virus, WHO said, adding that it is “transmitted from one person to another by close contact with lesions, body fluids, respiratory droplets and contaminated materials such as bedding.”

“The ministry confirmed that, in cooperation with health authorities, it follows an epidemiological surveillance mechanism in accordance with the highest international practices to ensure sustainable efficiency and protect society from communicable diseases and quickly discover cases and work to limit the local spread of all diseases and viruses, including monkeypox,” WAM reported.