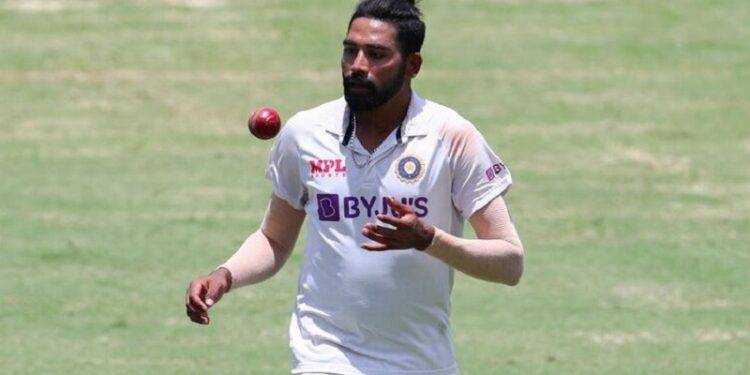 After the announcement of Team India for the T20 show, now the Indian pacer, who is deprived of opportunities, has attracted everyone’s attention. It is special that it is also on the England pitch. Yes, Team India speedster Mohammad Siraj, who has made his debut in county cricket in England, has created a new history by taking 5 matches in the first match. Mohammed Siraj Fire on bowling: 5 wickets on debut.

Siraj, who plays for Warwickshire in Division-1 of the County Championship, achieved this feat against Somerset. The Sommer set team was bowled out for just 219 runs in the first innings, reeling from Siraj’s lethal attack. Mohammed Siraj Fire on bowling: 5 wickets on debut.

In the first match, Team India’s fast bowler had given 82 runs and took 5 wickets in 24 overs. It is special that Siraj bowled 6 maiden overs. Siraj took his first wicket in this match by dismissing Pakistan batsman Imam-ul-Haq. This was followed by the victimization of George Bartlett. Also James walked out for a wicket as Siraj’s third wicket.

Siraj’s next victim was Louis Gregory. Gregory, who was in good form, scored a half century. But he struggled to score runs in front of the young pacer’s bowling. Eventually, Gregory walked out, conceding the wicket to Siraj. Also, Siraj took 5 wickets by guiding Josh Davey to the pavilion.

At one stage Somerset were reduced to 7 wickets for just 82 runs due to Siraj’s lethal bowling. However, Sajid Khan, who came to bat at number 10, batted furiously and scored 53 runs in 64 balls. This brought the total of the team to 219.

Siraj, who has been underprivileged in limited overs cricket, has impressed with his bowling in Test cricket. He has taken 40 wickets in 13 Test matches so far. However, he is struggling to perform consistently in limited overs.

Due to this he has been dropped from Team India T20 squad. Now Mohammad Siraj is confident of getting a chance in Team India again by giving a great performance in county cricket.