While phones were introduced with an idea of bringing in leisure amidst the monotonous schedule, connecting with people and bringing them closer, it has now in fact become difficult to achieve a semblance of normalcy in times when the world has shifted to being fully virtual.

by News Next Desk
in LATEST NEWS, HEALTH TIPS 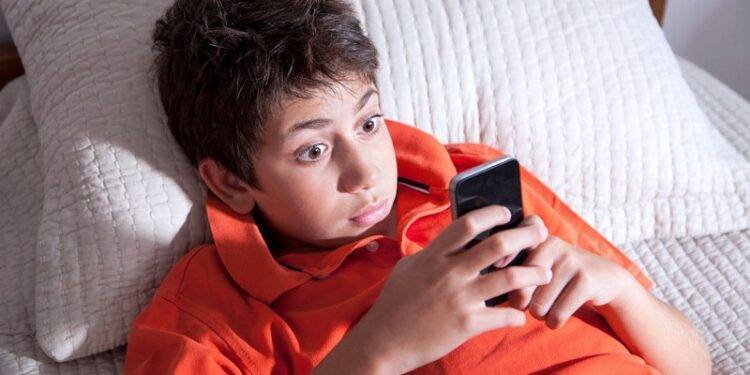 With the advent of technology and all that came along, children have particularly been exposed to screens facing the brunt of all that comes with excessive screen time. There are not just behavioral concerns that children undergo but also emotional setbacks that affect the mood and their overall wellbeing.

While phones were introduced with an idea of bringing in leisure amidst the monotonous schedule, connecting with people and bringing them closer, it has now in fact become difficult to achieve a semblance of normalcy in times when the world has shifted to being fully virtual.

One of the most common impacts of consuming content for long hours on screen have been correlated to having low mood, inability to socialise, poor concentration and fatigue.

Research also indicates that using screens for long hours induces a sense of distance as it paves way for minimal interaction devoid of any emotional expression that would otherwise be conveyed if it were to be in person. Having face to face conversations has reduced substantially which has further caused individuals to feel a sense of isolation, losing human connection and the ability to express concerns through nonverbal gestures.

In the absence of any physical movement and restrictions, there has also been a deprivation of choice- the ability to choose whether to stay in or go out where a momentary break between classes, interactions during commute back home, gatherings around the living compound, play time with friends have all acted as a break from the mundane routines of everyday life, which may have rejuvenated children alleviating academic pressures.

Increased screen time has led to a reduction in time engaging in physical activity and reduced movement.  There has been a direct link between excessive screen time negatively impacting creativity, problem solving abilities and low attention span.

Children may experience loss of interest in activities, low energy levels and lethargy which may affect their performance at school. They may experience lack of motivation as there is no evident shift between fun breaks and work hours as their classes have shifted virtually.

Being exposed to blue light emitted from screens is harmful not only to the eyes but also significantly impacts sleep quality which is directly related to productivity and functioning. Children may find themselves irritable, less curious, lack self-control and get more impulsive.

Since social interaction gets limited with conversations happening over exchange of texts, children may find it difficult to initiate conversation in person, getting easily distracted.

Digital media addictive behavior has been found to be associated with cognitive development and emotional regulation.

Some ways in which negative impacts of screen usage can be reduced is by incorporating some effective breaks throughout the day devoid of any screens. There are many apps that intrigue children to use painting or creating art virtually but these breaks must involve actual pen, paper, and art supplies without any interference of any screens. It is also essential to bring in a sense of normalcy to conversations aside from emoticons and gifs where children are able to acknowledge emotions, develop conducts of social interaction and etiquettes. While technology may seem a lot

more liberating in terms of being able to choose who you talk to, when and how much you wish to consume content and perhaps switch as and when one loses interest, it may further become difficult to function with such reduced attention span.

Additionally, children may also not identify with real time interactions and what comes along. Children may benefit by striving to strike a balance between using technology and the perks of it as artificial intelligence may be efficient and convenient but may lack human touch!

Besides, as Pediatrician Michael Rich rightly points out, “We have to be flexible enough to evolve with the technology but choose how to use it right. Fire was a great discovery to cook our food, but we had to learn it could hurt and kill as well,” he says!.