by News Next Desk
in CRIME, LATEST NEWS, POLITICS, STATE 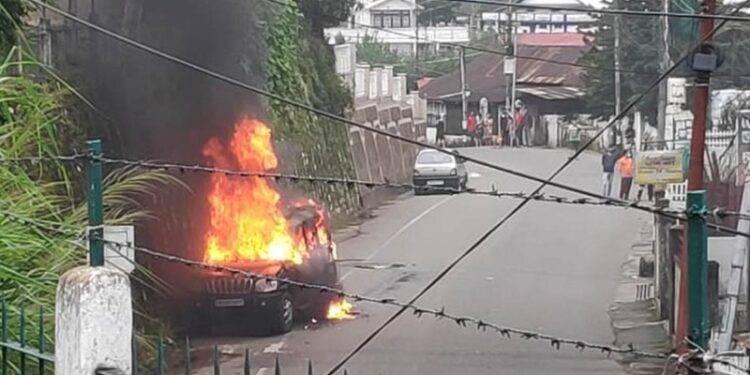 Meghalaya: Petrol bombs were thrown at Meghalaya Chief Minister Conrad Sangma’s personal residence on Sunday after violence broke out over the death of a former rebel leader, resulting in a two-day curfew in Shillong.

Mobile internet services have also been snapped in several parts of the state after reports of vandalism and arson. No one was hurt in the incident as the house was vacant. The Chief Minister stays at his official residence.

Earlier in the day, state home minister Lahkmen Rymbui resigned, alleging in his resignation letter that former rebel leader Cherishstarfield Thangkhiew was “killed following the raid of police at his residence exceeding the lawful tenets of the law”.

The state Home Minister, in his resignation letter to the Chief Minister, also proposed a judicial enquiry into the matter, adding, “I would like to request you to relieve the Home (Police) Department from me with immediate effect. This will facilitate free and fair enquiry taken by the government to bring out the truth of the incident.”

Afghanistan: US troops fire warning shots at Kabul airport to push back crowds