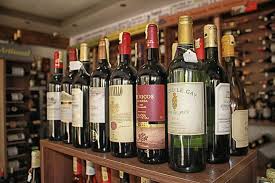 Shillong: Amid the nationwide lockdown triggered by coronavirus pandemic, the Meghalaya government has decided to allow wine shops to operate in the state from Monday owing to demand from the people, officials said on Sunday.

However, strict social distancing norm would be enforced at all the shops besides an emphasis that people disinfect their hands. The state government has approved opening of wine shops and bonded warehouse from 9 am till 4 pm subject to strict compliance of social distancing and maintaining of hand hygiene, a senior excise department official told .

He said the Deputy Commissioners have been tasked to ensure strict observance of the rules. Excise Commissioner Pravin Bakshi has written to all the district deputy commissioners informing them about the state government’s decision to permit opening of wine shops. The liquor shops were shut in the state since March 25 in view of the nationwide lockdown. But a state government order on March 30 allowed home delivery of alcohol during the shutdown. The order was, however, withdrawn two days later.

The government has been under pressure from the people to open retail alcohol shops. The ruling Meghalaya Democratic Alliance partners, including the BJP, have aired their opposition to closure of the liquor outlets during the lockdown. BJP state president Ernest Mawrie, who is also the secretary of the Khasi Hills wine dealers and welfare association, had said that alcohol consumption in moderation is a way of life in Meghalaya. He said the wine shop owners are facing immense public pressure in this regard. Mawrie also suggested that wine shops be opened on days when those selling essential commodities are opened for the public and promised to adhere to social distancing and public hygiene. Meghalaya is has not reported any case of COVID-19 infection. ET Reported.

East Khasi Hills district deputy commissioner Matsiewdor War in her order on Sunday said only one person per household will be allowed to buy from a given wine store and movements from one locality to another are prohibited. The district magistrate has also warned against overcrowding at the shops. Meanwhile, Meghalaya Chief Minister Conrad K Sangma on Sunday evening led a prayer service wherein musicians and people from a cross section of people sang the popular song Amazing grace. In his dedication, Conrad said the prayer service is being held to give thanks to the Almighty and to seek his protection for the persons at the frontline for treating COVID-19 in the country and the state.

Will CM wipe out tears of Kannadigas in Mumbai?