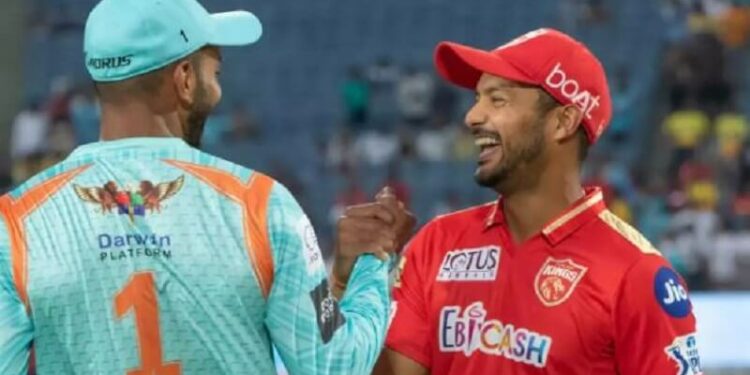 The Lucknow Super Giants (LSG) has retained 15 players ahead of the IPL 2023 Auction. The KL Rahul-led franchise has released seven players. Indian batter Manish Pandey, who scored just 88 runs in IPL 2022, is the most high-profile drop from the team. Mayank Agarwal will join Lucknow Super Giants for IPL 2023.

West Indies all-rounder Jason Holder, who came to LSG with a big image but couldn’t perform as per expectations, has also been released. “LSG will look for another all-rounder, maybe even Mayank Agarwal as well” Aakash Chopra. Manish Pandey and Jason Holder were the biggest names among LSG’s released players, along with Dushmanta Chameera and Evin Lewis.

The franchise will be on the lookout to fill the void, with Aakash Chopra suggesting a move for former Punjab Kings (PBKS) captain Mayank Agarwal. The opening batter shares a good rapport with LSG skipper KL Rahul, having played together in national colors as well as in domestic cricket for Karnataka.

However, with LSG having a set opening combination in the form of KL Rahul and Quinton de Kock, Mayank Agarwal will have to play a different role should he be roped in by the franchise. Terming LSG’s auction pursuits as an interesting proposition, Chopra said.

“Jason Holder will find a new team, maybe for not too much money, but he definitely will. LSG will look for another all-rounder, maybe even Mayank Agarwal as well, it will be interesting. They will be looking for a candidate to replace Pandey, but LSG can probably manage with Hooda and Badoni as well.”

Mayank Agarwal, who led the Punjab Kings (PBKS) in the 2022 edition, was released by the franchise. With the opening batter’s release, Shikhar Dhawan will lead the side. The 2014 IPL finalists have also brought in Trevor Bayliss as their head coach after parting ways with Anil Kumble.

Saudi Arabia made big change in visa rule for Indians