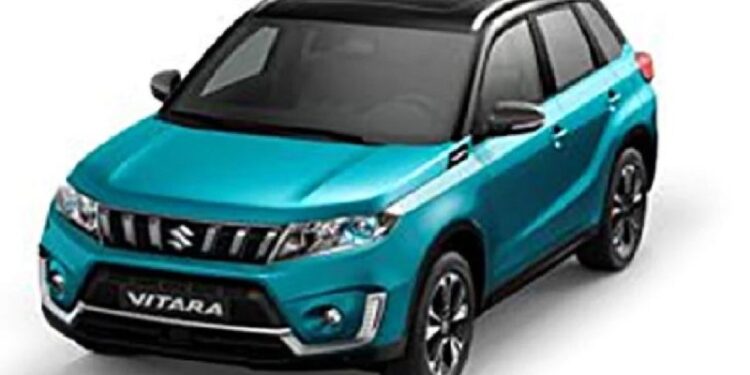 Maruti Suzuki Grand Vitara is all set to enter the Indian car market with guns blazing hot as the unveiling of the SUV for the Indian car market is scheduled for tomorrow. Meanwhile, the company has opened the bookings for the new SUV for Rs 11,000 while simultaneously revealing slight details in small teasers. Maruti Suzuki Grand Vitara launched: Check price and features.

Until now, the Indian automaker has managed to maintain the suspense for the upcoming model while gaining the attention of SUV enthusiasts. But what is the new SUV all about? Here we have everything we know about the upcoming SUV to help you quench your curiosity. The Grand Vitara will be offered in two powertrains. There will be a 1.5 litre mild-hybrid engine and a 1.5 litre strong hybrid engine.

The mild hybrid engine will produce 100 bhp and 135 Nm and will come with a 6-speed torque converter automatic transmission. For a strong hybrid system, the combined output of the engine and electric powertrain is 115 bhp. The torque output of the engine will be 122 Nm and the electric motor will be 141 Nm. The Grand Vitara will be the first Maruti Suzuki vehicle to come with a panoramic sunroof.

The Grand Vitara will comprise up to six airbags, a tyre pressure monitoring system, and electronic stability control. Besides, the other features of Grand Vitara are 360 degrees parking camera, A 9-inch infotainment system, and wireless charging. All the recently launched Maruti Suzuki cars, the Grand Vitara will be loaded with features complemented by plush interiors. The statement is best justified with features like a heads-up display, a big panoramic sunroof which is a first in the segment, a 360-degree parking camera, a 9-inch infotainment touchscreen, and six airbags with multiple other features.

Among the many firsts, the Maruti Suzuki Grand Vitara is also the first SUV from the Indian automaker to be blessed with a hybrid powertrain. The car is expected to get an Atkinson cycle motor having a 1.5-liter displacement capacity. It is expected to be tuned to produce 115 PS of power combined with an electric motor. In addition, the lower trims are expected to have a 1.5-liter NA engine with different tuning. Furthermore, the SUV will get an all-wheel-drive system making it better than a few of its rivals.

Based on the rumours and information leaked earlier, the Maruti Suzuki Grand Vitara will be priced around Rs 9.50 lakh, and the top variant, the SUV, will be priced around Rs 16 lakh, undercutting the competition by a good margin. According to the RushLane, the starting price of Grand Vitara is likely to be Rs 9.5 lakh, ex-showroom. Maruti Suzuki recently launched the all-new version of the compact SUV Brezza, priced between Rs 7.99 lakh and Rs 13.96 lakh.