by Anil Gundmi
in AUTOMOBILE
A A 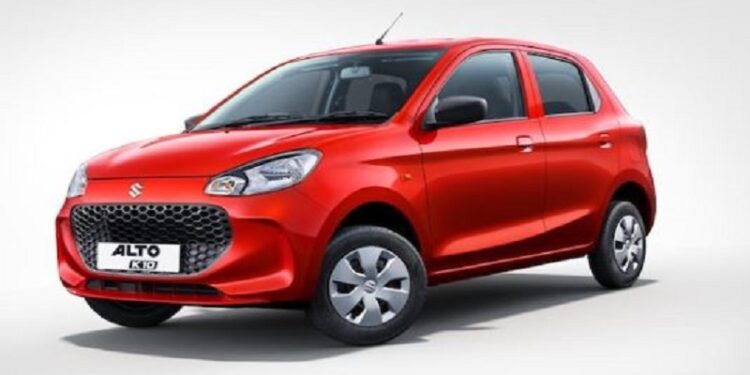 After recently launching the new Alto K10 in India, the carmaker has now introduced the CNG version of the K10, priced at Rs 5.94 lakh, ex-showroom. Maruti Suzuki is concentrating on expanding its CNG portfolio and has also launched the CNG versions of the Baleno and the XL6, a first for the carmaker’s premium offering, Nexa. Maruti Suzuki Alto K10 CNG with 33.85 km/kg mileage: Priced at Rs 5.95 lakh.

Maruti Suzuki is also planning on introducing CNG versions of the Maruti Suzuki Brezza and the recently-launched Grand Vitara, following the launch of the Toyota Urban Cruiser Hyryder CNG in India. Speaking of the Alto K10 CNG, Maruti Suzuki will offer the hatchback in a single trim – VXi S-CNG – and claims a mileage of 33.85 km/kg. The Alto K10 CNG will be powered by the same K-Series 1.0-litre engine and makes 56 bhp and 82 Nm of torque, while the same engine in petrol mode makes 64 bhp and 89 Nm of peak torque.

Speaking on the launch, Shashank Srivastava, Senior Executive Officer, Marketing & Sales, Maruti Suzuki India Limited, said, “The Alto brand has been a symbol of how Maruti Suzuki has evolved in response to customers’ shifting desires. The Alto continued to be the best-selling vehicle in the country for 16 consecutive years, and we are convinced that the launch of the S-CNG model will further strengthen its appeal, thanks to its stellar fuel efficiency.”

To date, Maruti Suzuki has sold over 1 million units of CNG vehicles, making it a popular alternative fuel vehicle choice over electric vehicles as India has better CNG infrastructure compared to EVs. Also, CNG sales numbers are set to further increase with the launch of the Alto K10 because of its popularity in the Indian market.

Maruti Suzuki cars and SUV get costlier from today