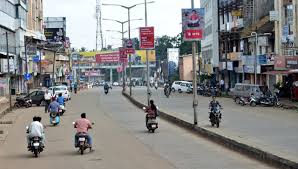 Udupi: A 54-year-old man was found dead in a quarantine at KMC Hospital in Manipal on his way back from Mumbai.

The Jupti man of Kundapur taluk had returned from Mumbai. The man was admitted to the Kundapur Hospital on May 13, just as the chest pain appeared. However, he was admitted to KMC hospital in Manipal as his condition was getting worse. However, the man died on May 14 without effective treatment.

Sources in the district health department said that now a person’s throat has been sent for examination and the report is yet to come. People are worried by Corona panic.

Domestic and international flights to become operational!!!,Here is what we know so far

BMTC to start its operation from May 18!

BMTC to start its operation from May 18!