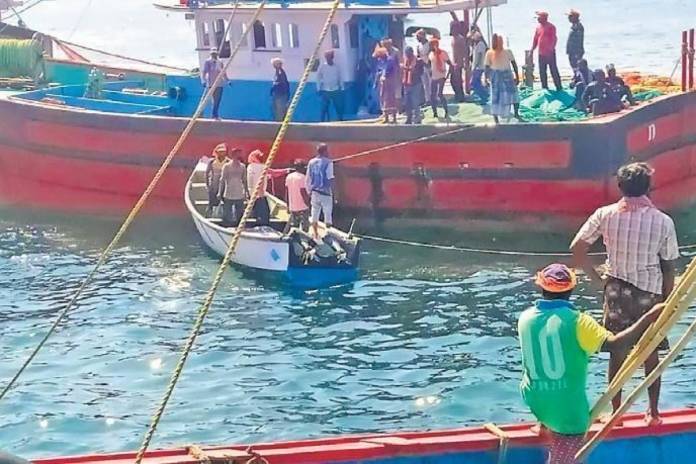 Mangaluru: A ship collided with a fishing boat that set sail from Beypore in Kerala near Mangalaluru, Tuesday night. Two people were killed in the incident that took place off the coast of Mangaluru, while 12 fishermen are missing.

The Indian Coast Guard has deployed its three ships and aircraft to search the missing fishermen. Kerala Transport Minister AK Saseendran confirmed that two people had lost their lives and their bodies had been recovered after the incident. State Minister for Fisheries, J Mercykutty Amma, confirmed that the accident took place and stated that not much details are available.

“It is only known that two people have been found. The Coast Guard is also at the spot and we have sought the help of Indian Navy,”. However, the owner of the fishing boat confirmed that one more person had died and that the death toll stood at three. The Indian Coast Guard in a tweet said that it has deployed three ships and an aircraft to search for the missing fishermen.