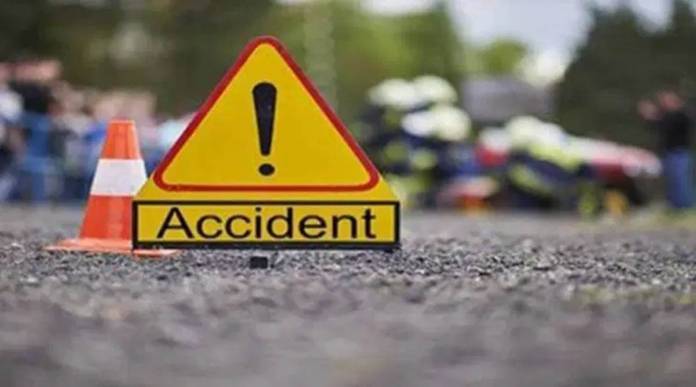 Chandigarh: A 35-year-old man killed his wife, 34, following a heated argument at their rented house in Punjab’s Mohali district, and later died in a road mishap in Chandigarh in the wee hours of Friday. The couple belonged to Bhopal and had a love marriage three years ago.

They were to travel to Europe on February 16. They have been identified as Waris Quameruddin and Varsha Chauhan. Waris was working as a consultant with a multinational company in Gurugram and lost his job due to the Covid-19 pandemic. He along with his wife moved to Kharar in Mohali a month ago and took up a rented accommodation in Sunny Enclave, said Ravjot Kaur, superintendent of police (rural), Mohali.

According to police, the couple had a heated argument late at night, following which Waris allegedly attacked Varsha with a knife and pair of scissors. He them allegedly locked her in a washroom and fled in his Renault Duster around 3am. House owner Ruchi Dogra heard all the commotion and informed police. As Waris reached Dhanas, Chandigarh, he rammed his car into a truck. The local police received information around 3:45am. Waris was rushed to hospital, where he died during treatment.

Meanwhile, police reached the couple’s house and found the main door open. According to the cops who responded to the landlord’s call, things were scattered in the house and the washroom was bolted from outside. On opening it, they found Varsha’s body lying in a pool of blood. The landlord told police that she had heard loud noises from the couple’s house around midnight and the accused was apparently beating up his wife. Later, he was seen leaving the house at 3am.

She further said that Varsha had told her that they were going abroad and had even booked the tickets for February 16. Police have informed the couple’s families in Bhopal, and a case of murder has been registered. A separate case of rash driving and causing death by negligence has been registered against the truck driver in Chandigarh.