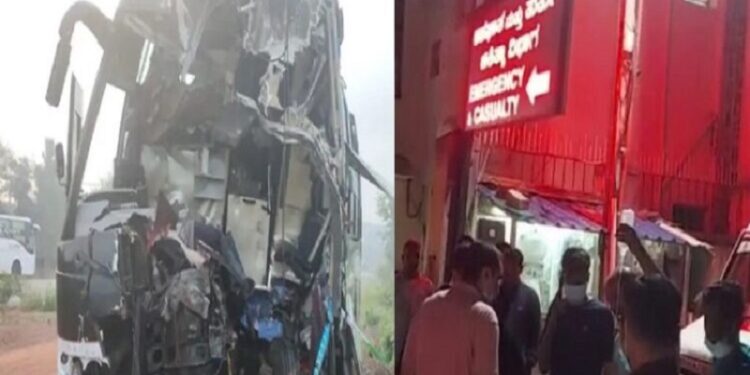 The injured and being treated in KIMS hospital in Hubli.  According to the police, the passenger bus was going from Kolhapur to Bangalore when it collided with a lorry going towards Dharwad at midnight between 12:30 am to 1 am when the bus driver was trying to overtake a tractor. FIR has been registered in the incident.