Mahesh Babu father Superstar Krishna passes away at 79 in Hyderabad

by News Next Desk
in STATE, LATEST NEWS 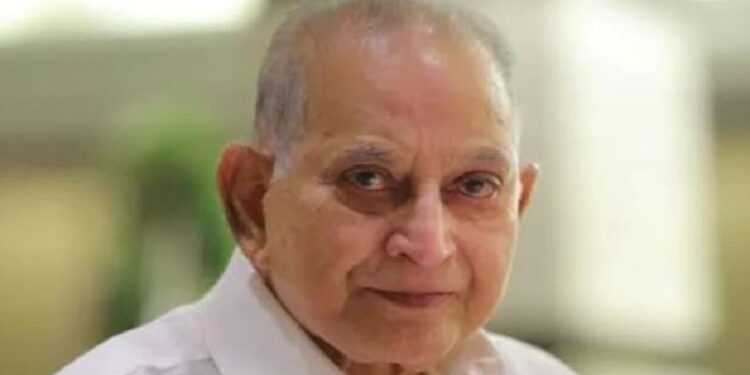 Social media is abuzz with condolences to Mahesh Babu, Krishna’s son, and the entire family. On November 14, Krishna suffered a massive cardiac arrest and was rushed to the hospital in an unconscious state. He was revived after 20 minutes of CPR.

SUPERSTAR KRISHNA PASSES AWAY IN HYDERABAD

Superstar Krishna was admitted to Continental Hospital in Hyderabad on November 14 at around 2 am. He suffered a massive cardiac arrest.The legendary actor passed away today after battling age-related issues. The entire Telugu film industry is mourning the loss of Superstar Krishna. More details regarding the funeral and the last rites will be announced soon.

ALL ABOUT SUPERSTAR KRISHNA

Ghattamaneni Siva Rama Krishna Murthy alias Krishna was born to Ghattamaneni Raghavayya Chowdary and Nagaratnamma on May 31, 1943. Popularly known as Krishna, he predominantly worked in Telugu cinema. In a career spanning five decades, he acted in over 350 films. Fans fondly call him Superstar.

He began his career with a brief role in Kula Gothralu in 1961. He continued to appear in supporting roles for the next couple of years. It was in 1965 that he made his debut as the lead actor in Thene Manasulu. Two years later, Sakshi gave him the much-needed boost and the film won critical acclaim at the Tashkent Film Festival.

Apart from films, Krishna also ventured into politics and bid goodbye to it in 2012. Krishna was one of the highest-paid actors during his time.

Amazon plans to lay off 10,000 employees

Amazon plans to lay off 10,000 employees